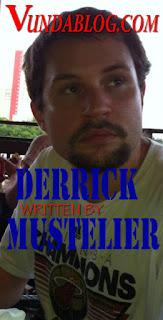 -Well the biggest headline this week is pretty obvious: a pair of shocking blowouts in the Big XII.  Not only did Oklahoma throttle Texas (who I picked to win) 63-21 but West Virginia got their asses handed to them in Lubbock 49-14 (finally their inability to play anything resembling defense caught up to them against a team that, you know, plays defense).  Not only that but now the Mountaineers play host to Collin Klein and Kansas State tonight in a game that's likely to be even tougher even if it is in friendly confines.

-Perhaps the other big headline was LSU bouncing back in Baton Rouge to edge out the #3 Gamecocks.  The Gamecocks are in some hot water right now with Jadeveon Clowney (foot) and Marcus Lattimore (hip) both banged up to the point that both missed some practice time this week.  Not good news when you're heading into The Swamp.

-Oh yeah, by the way, here are this week's crazy scores.  The insanity continues.  I need to come up with a name for this already.  How about "Defenseless Games of the Week"?  Here they are:
Ohio State 52, Indiana 49
Louisville 45, Pittsburgh 35
Mississippi State 41, Tennessee 31
Texas A&M 59, Louisiana Tech 57

In two games on the road LSU has given up an average of only 12 points per game...the only problem is that they're scoring an average of 9 points per game (a 12-10 win over Auburn and a 14-6 loss to Florida).  They'll be facing another big test today against the Aggies and their vaunted 12th Man.  Texas A&M has blown away South Carolina State and Arkansas in their two home games this year by scores of 70-14 and 58-10 respectively--but they're also coming off of giving up 57 on the road to Louisiana Tech in a win.  LSU's anemic offense is just what the doctor ordered for the Aggies D.  For these reasons, in spite of LSU beating a banged up Gamecocks team last week, I like the Aggies to shock the Tigers.

Texas Tech looked mighty impressive in blowing away #5 West Virginia at home last week while the Horned Frogs have yet to face a ranked team (and still have a loss to Iowa State on their resume--though, to be fair, ISU is now ranked in spite of having two losses).  I think Texas Tech will be tested on the road but ultimately will prevail on the strength of an underrated defense.
Hobbitcore sez: Texas Tech

West Virginia has a lot to prove this week after Texas Tech rolled up 686 yards on them.  Still, their problems on defense aren't isolated to that one game--they're ranked 112th in scoring defense this year, giving up 37.3 points per game this year.  Bill Snyder's Wildcats, meanwhile, are ranked in the top 20 in both scoring offense and scoring defense, winning their six games this year by an average of 40.8 to 16.5.  They're well-coached, they're technically sound, they have a proven leader at QB in Collin Klein, and they have an identity: ball control.  Collin Klein and co. will keep the ball away from West Virginia QB Geno Smith and do enough on defense to win this one comfortably in Morgantown.

I guess I have to pick this one.  It is UM/FSU.  I'm kinda terrified that this is pretty much the feature game tonight since it's on national TV and it's not really going up against any "sexier" games (West Virginia and Kansas State will likely be better but no one really cares about those teams).  My only hope is that my 'Canes don't embarrass themselves like they did two years ago in this game (a 41-17 shellacking).  I think there's a pretty good chance they won't even though Stephen Morris is out and Ryan Williams will be running the offense.  Back-up QBs do tend to give opponents problems since there's very little game tape on them and Ryan Williams isn't exactly untested as he did get some experience at Memphis before he transferred.  Still, FSU's defense and specifically their pass rush will be way too much for an inexperienced UM offensive line to handle and the mediocre 'Canes defense will be manhandled by E.J. Manuel and co.
Hobbitcore sez: Florida State

GAME OF THE WEEK

Both of these teams come in holding opponents to 12.3 points per game.  The Gamecocks are averaging a touchdown more on offense although they haven't been tested quite as much as the Gators who have an impressive road win at Texas A&M and a pretty nice win over LSU at home.  Both teams definitely realize that this game is probably the biggest game left on their respective schedules.  If Florida wins, they can basically seal the deal next week against Georgia in their final SEC game--and they have a clear path to the national championship if they do with two cupcake games at home before traveling to Doak Campbell Stadium.  If South Carolina wins, their last two SEC games are at home against Arkansas and Tennessee.  It really pains me to do this but with Jeff Driskel seemingly coming into his own and the Gamecocks banged up with their two best players missing significant practice time this week, I just can't bring myself to pick against the Gators.

Keys to the Game
South Carolina:
-Dare Driskel to throw (stack the box and stop the Gators running game; Florida is 118th in the nation in passing offense)
-Mix it up with Connor Shaw (without Lattimore, Shaw will be the star of the show but he has to be able to throw as well as run)
-Do the little things (turnovers and special teams could very well decide this game)
Florida:
-Establish the run (Driskel and Gillislee both need to establish themselves early to keep the Gamecocks defensive line honest)
-Dare Shaw to throw (he's a much better runner than passer right now and if he has to win the game with his arm, the Gamecocks could be in trouble)
-Do the little things (see above)