Showing posts from February, 2010
Show all

40. Deathspell Omega - Fas--Ite, Maledicti, in Ignem Aeternum As the years have passed, it's become increasingly difficult to push the boundaries of my musical tastes any further out than they already are. Gone are the days when records like Converge's Jane Doe and Dillinger Escape Plan's Calculating Infinity were changing the way I thought about music altogether. Leave it to Deathspell Omega to release an album so discordant, so amelodic, so wrong -sounding that it could somehow stretch those boundaries--which are so close to the extent of their elasticity--an inch or two further outward. This is the second chapter of a yet-unfinished trilogy of which Si Monumentum Requires, Circumspice is the first chapter. As with part one of the trilogy, the title of this album is also latin; this one meaning "Divine law - Depart from me, ye cursed, into everlasting fire." This thing is such a major mindfuck from beginning to end that attempting to describe it would ju
Post a Comment
Read more 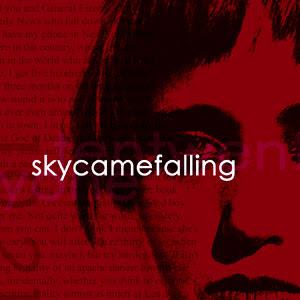 Well as you can see the updating every day thing didn't go well...maybe now that I've started the actual top 50 I can try to stick to it...I wouldn't bet on me though...anyway let's get to it: 50. Skycamefalling - 10.21 I got into this album around the time I was first getting into hardcore. I'm pretty sure I bought this because I read some press on it saying it sounded like Poison the Well. I think that comparison is both fair and unfair. It's fair because they're definitely of the same ilk, playing melodic metalcore that can be as brutally heavy as it is achingly beautiful. But it's also unfair because not only does this band's brand of melodic metalcore vary greatly from Poison the Well's, but I think this album is possibly better than anything PTW put out. The melodies are so much more subtle and more seamless in Skycamefalling's music. There's significantly less melodic singing but I actually like Christopher Tzompanakis's
Post a Comment
Read more

Derrick's Top 50 Albums of ALL TIME!!1one

OK so it's been a while since I've written something in here. I wanted to come up with a really cool idea that's not too similar to the other entries I've written so far. As I was brainstorming for new brilliant ideas, I had a revelation. OK not really. Actually I just got sick of trying to "out-creative" myself and decided I would just do a countdown of my top albums of all time just to get the juices flowing again. I'll try to update every day and reveal the Top 50 ten at a time like I did with the last countdown...and when that's over, I'm gonna really, seriously try to update once a week with something new and interesting. Some ideas I've been throwing around are "The Art of the Mix Tape v2.0" (a tribute/reboot of a classic article written by my friend the great Matt Underfoot), a few entries about specific bands (Radiohead, Tool, Converge) somewhat akin to the Thrice entry but hopefully better and more in-depth, an entry ab
Post a Comment
Read more
More posts