Showing posts from January, 2017
Show all

I have to admit, I had relatively low expectations for this installment of NXT TakeOver. The main event seemed like it would be decent but nothing to write home about. The undercard seemed like it had some potential but not a lot. Maybe that's why I think this might have been the best TakeOver yet--or at least the best since TakeOver Dallas. It's amazing what lowered expectations can do for your enjoyment of a thing. Maybe THAT'S why Raw is so consistently terrible and seemingly doing it entirely on purpose. At least that would be a better explanation than "no, actually they just think this is good writing." Anyway ...on with the show...
Post a Comment
Read more

On this edition of the Vundacast Stephen and Danielle continue their conversation from last week and talk about all the sites and destinations they visited in their days in London. We talk about the Tower of London, The Play that Always Goes Wrong, The Warner Bros. Harry Potter Studio Tour, and all the delicious sights, sounds, and flavors we sampled during our time in the big city. powered by podcast garden
Post a Comment
Read more

Aztec Warfare: How a Wrestling Match Rejected Trumpism and Shattered the Glass Ceiling

(Repurposed from our Top 10 Wrestling Matches of 2016 in "honor" of Inauguration Day) This is, hands down, the most socially important wrestling match I’ve ever seen. Eight days before the airing of Aztec Warfare III, a misogynistic, anti-immigrant, willfully ignorant, fascist demagogue was elected the 45th President of the United States. Twelve days later, at WWE's Survivor Series, a 49-year-old who hadn’t wrestled in over 12 years was booked to beat one of the most unbeatable, legitimate characters in wrestling history in 86 seconds. Two and a half years of booking went out the window in less than a minute and a half and the mother of all rubs was handed to the least deserving person possible instead of, oh, I don’t know, one of the guys who works their ass off 300 days a year and is going to have to carry the company for the next 10-15 years. This happened twelve days after the least qualified presidential candidate in history defeated quite possibly the most
Post a Comment
Read more

On this epic edition of the Vundacast Stephen and Danielle podcast from the United Kingdom. We talk about the first half of our travels across the United Kingdom. Here's a little counter programming to keep you mind off of President Chump. powered by podcast garden
Post a Comment
Read more 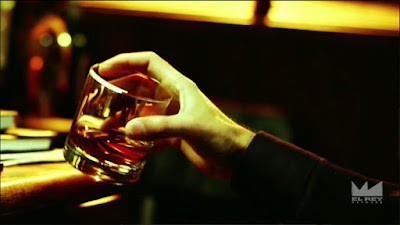 Sadly I wasn't quite able to write up Raw and SmackDown this week because I went on an epic journey across the country that ended up taking over 24 hours and sucked my will to do pretty much anything. Also I didn't watch Raw because the College Football Playoff Championship Game was on and it was like a hundred times better than whatever happened on Raw. I made sure not to miss this week's Lucha Underground, however, because it was the mid-season finale and we're not going to be getting any more Lucha Underground until SUMMER which is incredibly, unbearably sad. But hey, maybe now I can go back and do write-ups for every episode up until this point so all the lovely Vundablog faithful can get caught up on the wonder that is Lucha Underground. Silver linings, right? Anyway, let's get to this week's episode...
Post a Comment
Read more

On this second edition of A Whole lot of. Stephen, Andres, and Diego converse about effective and memorable cinematic Villains, among many other things. Recorded in 2016. Sorry for the delay...blame Trump powered by podcast garden
Post a Comment
Read more

"Hope Is..." (Reading I Wrote for a Worship Service at Binghamton UU Young Adult Con)

By D-Rock January 12, 2017
“Hope is not a strategy.” So sayeth legendary American football coach Vince Lombardi. I see where he’s coming from. He’s a football coach. He needs a gameplan. He needs effort. He needs everyone to do their job. There’s a lot to be said for that in the work we do, too, frankly. But hope is the foundation upon which we lay our strategy and our effort and our work. Hope is the reason WHY we have a strategy...the reason WHY we do this work. Hope is the light of the promise of tomorrow reflected in the eyes of today. Emily Dickinson says that hope is a little bird perched in our souls that sings a little tune and keeps us warm. Nah, man. Hope is a PHOENIX RISING from the ashes. Hope is a FIRE in the belly of a beast chained to a dungeon who ROARS “ENOUGH,” shattering its bonds and BURSTING forth into open air crying “FREEDOM!” Hope emerges out of useful anger flowing from our hearts and our mouths and dissolving the fear that holds us back. Hope emerges out of desperation for salvation
Post a Comment
Read more

Hope you guys have enjoyed the 1937 Dick Tracy classic serial, stay tuned for next week!
Post a Comment
Read more 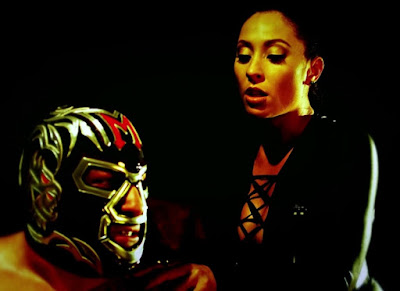 Honestly, I was a little on the fence about whether or not I should go back and give the entire backstory of Lucha Underground before I started writing up weekly reports on it. But then I figured if I did that, I would never get around to doing weekly updates. So maybe it would be better to just catch people up on storylines as I go. It's more important to me to be able to write about MY FAVORITE WRESTLING SHOW EVER on a weekly basis so let's get right to it!
Post a Comment
Read more

This is the (WWE) show I really wanted to start writing about. SmackDown has been markedly better than Raw ever since the brand split and now it's even starting to translate in the ratings with SmackDown beating Raw in the ratings last week for the first time ever. It's also a lot more fun to watch and write about because they're not afraid to take risks and follow through on their stories and develop their characters. So...without further ado...the first SmackDown Live of 2017...
Post a Comment
Read more

So I've made it one of my resolutions in the new year to write a lot more for Vundablog. One of the things I'd like to start doing is recapping all the major weekly wrestling shows, including Monday Night Raw, SmackDown Live, and Lucha Underground. Easier said than done for someone in grad school but I'll do my best for all my adoring fans.  This week, Raw emanates from Tampa, FL. Braun Strowman and Sami Zayn are preparing for a Last Man Standing Match. Oldberg is here to get people chanting his name. Bayley has just had her shot at the women's title stolen away by Charlotte's lawyers. And everyone else is pretty much just treading water until they can set things in motion for the Royal Rumble. So let's get to it!
Post a Comment
Read more

By D-Rock January 03, 2017
http://www.dailymotion.com/video/xxg099_triple-h-the-rock-segment-01-03-2000_sport Seventeen years ago today, The Rock delivered what I firmly believe to be one of the great promos of the modern era. This is The Rock at the peak of his powers. Holding a molten hot hometown Miami crowd in the palm of his hands, he spews forth some of his most epic, scathing rhetoric. He absolutely oozes swagger and charisma and every turn and every motion is perfect. Who else could pull off a line like this so perfectly: "The Rock sees it fit to say that on this day, one thousand years from now, in the year 3000, when the historians look back and wonder what the sound was that encompassed this millennium, The Rock says it was the sound of the people chanting his name..."
Post a Comment
Read more

VUNDACAST ch. 86 CoHortress Chicken Nugget and the D-rock Who Lived 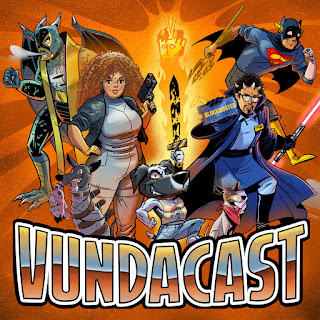 On this November edition of the Vundacast Podcast we have podcast superstar D-Rock back for a limited engagement from the west coast, with the newly dubbed CoHortress Danielle (aka Chicken Nugget), and Stephen rounding out the team with some sweet Harry Potter trivia. Tweets us  @Vundablog or @Vundacast powered by podcast garden
Post a Comment
Read more 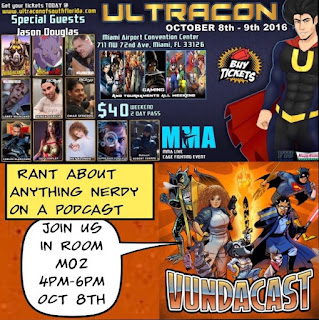 On this special edition of the Vundacast. Danielle, D-Rock, and Stephen briefly preface a long open forum discussion panel that took place at Ultracon 2016. Stephen, Danielle, Mr. J, Blockbuster guy Frank, and Meza Bro Andres converse with the common folk. We learn what unsettles them, what they've been enjoying, and their hopes and dreams. Sorry for the delay in releasing and a big thank you to all who participated. Tweets us  @Vundablog and  @Vundacast powered by podcast garden
Post a Comment
Read more
More posts