Showing posts from June, 2021
Show all

Hosts: Stephen, Dani, D-rock, Mr. J, Andres and a Mysterious Guest   We have finally reached episode 200 to celebrate we have gathered over Zoom and are playing Stephen's crucible of the mind know as the Trials of Trivia. Play along and test your knowledge of Friends, How I met Your Mother, Rocky, and Horror Trivia.      Hear this up!!!
Post a Comment
Read more 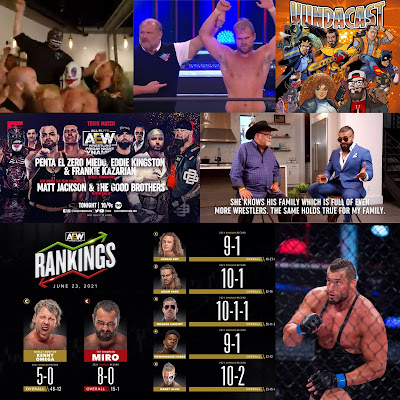 D-rock and Stephen discuss the MMA Cage fight between Warldlow and Hager, how Matt Hardy put Christian Cage in a cage, How Brian Cage wasn't in the latest Team Tax Vignette, and how this was the hardest working night of Alex Marvez's career. Plus all the other ins and out of TNT's AEW Dynamite 6/18/21 that were not related to cages also. Hear this up!!!
Post a Comment
Read more

The Fuse: Quadruple or Nothing 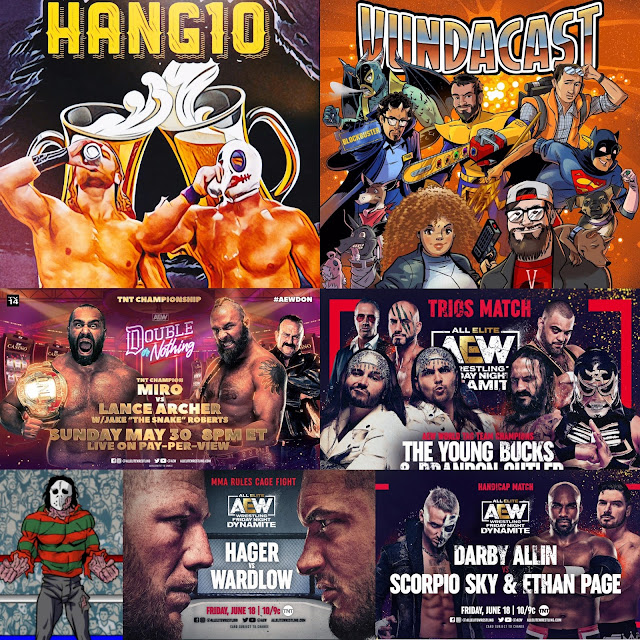 We debut the name the Fuse as we catch up on our All Elite Wrestling coverage. We discuss the several Friday Night Dynamite's and the historic 2021 Double or Nothing, as well as talking about a bunch of fun wrestling related news.  Hear this up!!!
Post a Comment
Read more

Today marks the 20th anniversary of what many might consider one of the red-headed step-children of Radiohead's discography. Released just eight months after the revolutionary, genre-obliterating masterpiece Kid A , and featuring songs that were recorded in the same sessions as Kid A (including an alternate take of "Morning Bell," a song first featured on Kid A ), Amnesiac quickly developed a bit of reputation as being nothing more than a collection of Kid A B-sides, even being saddled with the pejorative nickname "Kid B." However, upon closer examination, the album proves to be so much more--indeed, the band themselves have stated that they always very much saw it as its own album and singer Thom Yorke even describes it as "another take on Kid A , a form of explanation." In fact, the band considered releasing Kid A and Amnesiac as a double album but ended up deciding against it because they felt it would be too dense. I would even go as far as to
Post a Comment
Read more
More posts