Stephen, Dani, and D-rock are joined by actors Tordy Clark, Sean Hankinson, Andrea Laing(joins at the 32 minute mark), Danielia Maximillian, Justin Miles, and Skye Passmore from the groundbreaking secret horror film Adult Swim Yule Log/The Fireplace by writer/director Casper Kelly streaming on HBOMax right now. We nerd out with the cast, talk about the films production, the insane story they were able to tell in a 16 day shoot with a 5 month turn around time from shooting to delivered film. We also find out what are the best snacks on set that got them through filming. This is a playlist of other works and appearances by the cast. Full episode with video is over on our youtube page Vundacast Productions 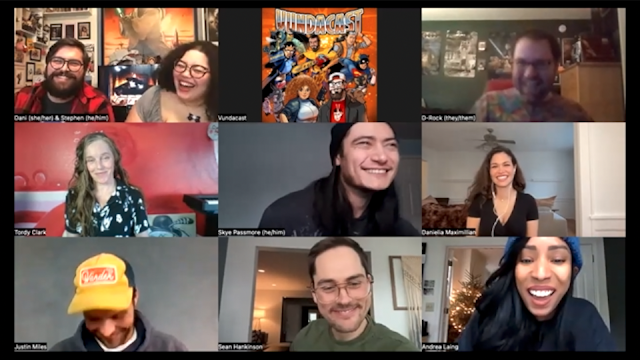