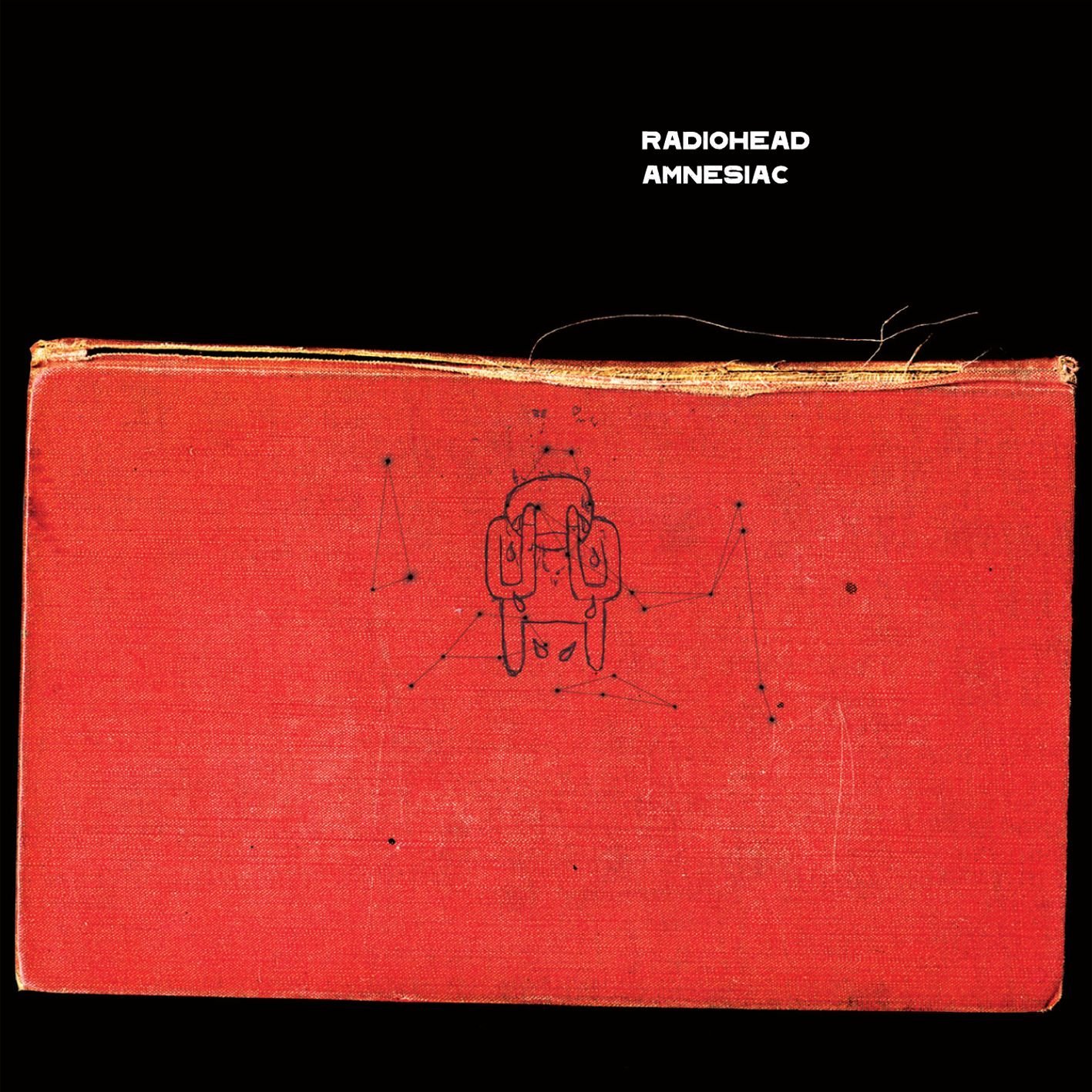 Today marks the 20th anniversary of what many might consider one of the red-headed step-children of Radiohead's discography. Released just eight months after the revolutionary, genre-obliterating masterpiece Kid A, and featuring songs that were recorded in the same sessions as Kid A (including an alternate take of "Morning Bell," a song first featured on Kid A), Amnesiac quickly developed a bit of reputation as being nothing more than a collection of Kid A B-sides, even being saddled with the pejorative nickname "Kid B." However, upon closer examination, the album proves to be so much more--indeed, the band themselves have stated that they always very much saw it as its own album and singer Thom Yorke even describes it as "another take on Kid A, a form of explanation." In fact, the band considered releasing Kid A and Amnesiac as a double album but ended up deciding against it because they felt it would be too dense. I would even go as far as to say that Amnesiac might well be the most underrated album in Radiohead's discography (although, in all honesty, that title might just as well go to The Bends which all too many Radiohead fans seem to dismiss as a mere Britpop album in comparison to their far more ambitious subsequent albums).
Admittedly, it does take a bit to really get going. "Packt Like Sardines in a Crushed Tin Box" is a delightful little humming krautrock piece but as an opener it feels more like a prologue. The meandering, trudging, piano-driven slacker rock of "Pyramid Song" doesn't sound like much at first blush but swirls into one of the band's greatest works before crashing into the manic, otherworldly electronica of "Pulk/Pull Revolving Doors," which demands to be listened to in headphones for a truly mind-altering experience (especially if your mind is already altered). But then the album settles into its meaty center with a trifecta of all time great Radiohead songs: the hauntingly beautiful, powerfully dynamic "You and Whose Army," the thick, twangy glitch pop of "I Might Be Wrong," and the cascading cannibalism anthem "Knives Out."
If Amnesiac ever begins to wander off into its own world a bit, its last five songs are largely where it happens. But this is far from meandering, incoherent babble. "Morning Bell/Amnesiac" may not measure up to the original "Morning Bell" (few things could) but never is Thom Yorke's statement of Amnesiac being a "different take" on Kid A more clear and stark, as the dark, spooky digital tones of the original are reduced to a noisy, lo-fi piano that feels almost hymn-like. "Hunting Bears" is a discomfiting interlude of a single guitar seeming to loop and fold in on itself in unnatural ways, leading into the even more disorienting "Like Spinning Plates," an amorphous, backwards-looped krautrock exploration, followed by the deep, dark, spiritual jazz of "Life In a Glasshouse" (featuring the beautiful accompaniment of Dixieland jazz outfit The Humphrey Lyttelton Band) which caps the album in epic fashion with what could almost be described as an anti-"National Anthem."
It's not hard to understand why this album has garnered its ugly step-child status. Coming on the heels of two consecutive albums (1998's OK Computer and 2000's Kid A) that are perennial picks for so many all time top 5-10 album lists (including my own, where they sit comfortably at #4 and #6 respectively, with 1995's The Bends close behind at $7), it's hard not to be let down by an album that features songs from the same recording session as Kid A but with only a fraction of its genius. But to be sure, a fraction of Kid A's genius is still a whole lot of genius and on its 20th birthday, Amnesiac is well beyond worthy of a 2nd, 3rd, 8th, or even 20th look. You never know...you might be wrong about this album...