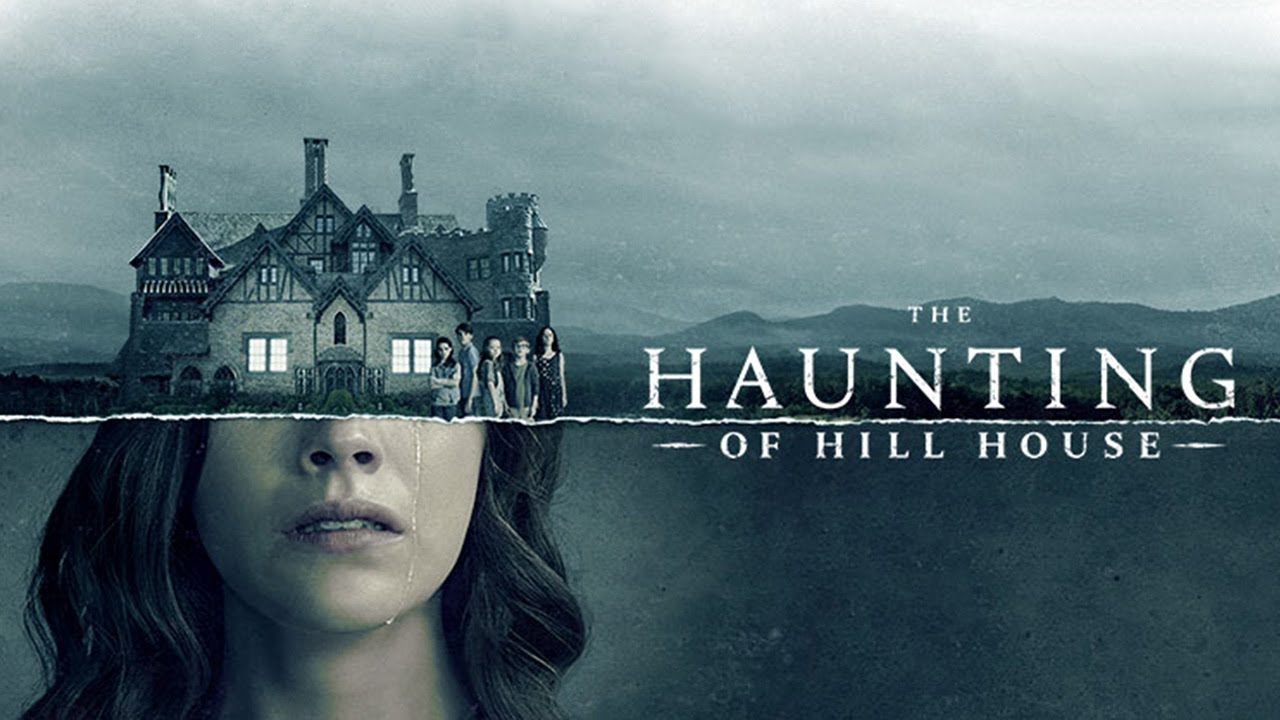 Well, Season 2 of Netflix's critically acclaimed hit "The Haunting of Hill House" is finally here. Sort of. Actually it's a completely different story, although many of the central cast members return in completely different roles. And the timing couldn't be more perfect with October just over a week old and all of us spending our first Halloween season in quarantine (seven months into a quarantine that wasn't supposed to last more than two) for a retrospective rewatch of "The Haunting of Hill House" from the beginning. This is one of those series that is almost more enjoyable to watch the second (or third or fourth) time around to see all the clues and connect them as you go. But what really jumps out at me in this rewatch goes far beyond the mysteries and secrets of Hill House...

Episode 1 is like the beginning of a game of chess--you put the pieces on the board, and if you're any good, you formulate a strategy, a plan of attack. You can almost see it in your head. And when you rewatch HHH knowing how it goes, you can see the plan, too. Luke saying he's awake because Nell's awake foreshadows "The Twin Thing" (Episode 4) and the scene of him stealing Steve's camera and iPad is definitely "not what it looks like" (in Luke's own words) as we learn in said episode that Luke actually is clean. Little snippets set up Nell's journey to Episode 5 ("The Bent-Neck Lady") as well as what happened on The Last Night. Shirley repeating "dancing in the red room" in her sleep and then later trying the master key with Nell to open it, revealing as they exit that someone is in there despite the door supposedly being locked for "years and years and years" foreshadows a big, unique secret about the Red Room. However, in an episode entitled "Steven Sees a Ghost," the thematic core--or at least a huge piece of it--is laid out in Steve's speech about ghosts.

"A ghost can be a lot of things," he says. "A memory, a daydream, a secret. Grief, anger, guilt. But, in my experience, most times they're just what we want to see. Most times, a ghost is a wish." A slightly altered version of this monologue bookends the show in its finale: "Ghosts are guilt," Steven says. "Ghosts are secrets. Ghosts are regrets and failings. But most times... most times a ghost is a wish." Gone is the language of hallucinations (memory, daydream) that is such a part of Steven's character journey as the skeptic who thinks none of this is real and his family is simply genetically predisposed toward mental illness (a theory which drives him to get a vasectomy right out of college to make sure he never has kids). The idea that a ghost is a wish has taken on completely new meaning for Steven, from something imaginary and insubstantial to something more real than actual reality--the conditions of which, according to Steven, no human being can exist sanely under. All the ghosts in HHH are wishes, in one way or another. Even Hill House shows its occupants the things they wish would never happen in order to convince them of its plan to make sure they never do. And still more to the point, Hill House shows them these things because it wants them to stay there forever and keep it company. Or because it's hungry. Perhaps both.

Each of the next four episodes focuses on another sibling: Shirley in Episode 2 ("Open Casket"), Theo in Episode 3 ("Touch"), Luke in Episode 4, and finally Nell in the climactic Episode 5--which gives us one of the greatest twists in modern storytelling.

Episode 2 focuses on Shirley's relationship with death as hinted at in Hugh and Olivia's argument over letting her keep the kittens when Olivia brings up how this traumatic event will alter Shirley's view of death--how what she saw in those kittens informed her passion for beautifying the dead to replace the memories of them looking dead, how her first funeral (and her encounter with a warm, friendly funeral director at her mother's funeral) made her want to go into the funeral business, how both of these drove her to the deeply unhealthy decision to do her own sister's funeral and her beautification (paralleled gorgeously with her doing Nell's make-up at her wedding before callously sending Luke away). Episode 3 centers around Theo's "ability"--how she discovered it, what she's done with it, what she sees (including the moment on The Last Night when Hugh touches her and she sees both Abigail's death and, seemingly, Hugh's), and what happens to her when she touches Nell's dead body (revealed in Episode 8) which seems to point to the idea that Hill House literally steals the souls of those who die in it, leaving a horrible emptiness behind. Episode 4 is mainly about the "Twin Thing" that gives the episode its name (Luke and Nell's shared hyperempathy) and the circumstances of Luke's "escape" from rehab--he is, in fact, 90 days clean, he needs the money to get Joey a motel, and he's cold because of the "Twin Thing"--because Nell is dead and he feels it, too.

Episode 5 appears to be the dramatic climax of the series. If the show were two seasons, this would be the season 1 finale; if it were a play, this would be the end of Act I. It's focused entirely on Nell's sightings of the Bent-Neck Lady and how this "sleep paralysis" (as Nell has rationalized it) leads her to her husband Arthur, who dies upon seeing the Bent-Neck Lady for the first time, driving Nell back to Hill House and, ultimately, to her death. But for me, the real dramatic climax is the show's next episode, "Two Storms." This is where the Crain family drama that has been bubbling over for five episodes finally erupts. The brilliant cinematography of this episode isn't just stunningly beautiful. It doesn't just lend the episode a dream-like (almost ghost-like) quality while also bringing into stark relief the incredible tension and humanity of some of the series' most viscerally and/or emotionally intense moments. It is an intentional point of emphasis that highlights the fact that amid all the mysteries and secrets of Hill House, the core of this story is the characters and their relationships.

As the rest of the story unfolds like origami, the characters and their relationships are front and center. Steve and his awful ideas about the apparent genetic defectiveness of his family and how his vasectomy and his lies about it wrecked his marriage with Leigh. Hugh and his best efforts to repair his relationships with his children. Theo and Shirley and their emotional damage and how it's impacted their relationship. But most especially, Hugh and Olivia and what it means to be parents. Hill House terrorized Olivia into the belief that her children would never be safe out in the world--that she must keep them inside Hill House forever; this is their true Forever House. She's not wrong but that's not the point. To keep them in, she ultimately learns, is a fate worse than death, worse than any pain they might endure: to never really live. On the other side of that, Hugh has spent every moment of his life since he saw Olivia try to poison Nell and Luke trying to keep the kids away from Hill House and, more importantly, keep Hill House away from them both literally and metaphorically. To protect them from the truth of what happened there and what lurks inside. But he puts so much time and energy into protecting him that he doesn't love and support them the way they need him to. He doesn't trust them with the truth to protect their image of their mother. Two almost diametrically opposite forms of overprotective parenting that both cause damage.

But it's amazing how healing the truth can be no matter how painful that healing may be.

In the end, Steven is honest with himself about what he and his family have seen and honest with Leigh about what's happened between them. Hugh finally starts telling his kids the truth--as difficult as it is for some of them to believe, though all of them returning to Hill House takes pretty good care of that. Theo and Shirley air things out and begin the repairs of their relationship--not only that but Theo tears down her walls and lets a new relationship into her life, even throwing away the gloves she wore to protect herself from her "ability," while Shirley forgives Kevin for taking Steven's money and is honest and deeply vulnerable with him about a time in the past when she cheated on him. And Hugh and Olivia get closure with one another over the virtues and problems of keeping the kids inside Hill House forever vs. sending them out into the world to live their lives. Bittersweetly, Hugh dies in Hill House that night but in death he is reunited with Olivia and Nell. The rest of the Crain siblings are free. Free of their damage and their dishonesty and their demons. Free to live the lives they were meant to live.