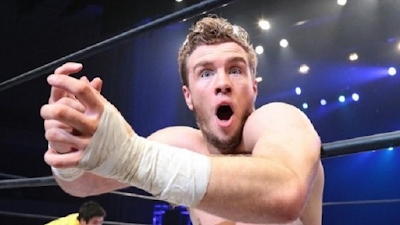 Game Changer Wrestling has just announced on Twitter that none other than Will Ospreay will make his GCW debut on June 19th in Providence, RI at GCW I Never Liked You. HUGE news for one of the hottest up-and-coming independent wrestling promotions in the world. Can't wait to see who he'll be facing. There are so many dream matches--who would you like to see Ospreay face? Nick Wayne? Ninja Mack? Joey Janela? Jordan Oliver? Let us know in the comments!