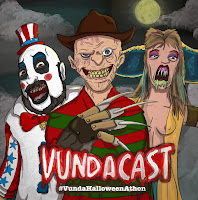 Welcome to Day 1 of #VundaHalloweenAthon!

Treat yo' self today and watch some of your favorite horror movies to kick off the Halloween season. There are no wrong answers here. Today is all about you and what you love. Movies that have personal significance are also great for today. Spend all day enjoying the classics of your life and do some decorating. 'Tis the season! This is just the start of our festivities, we have 31 days of terror to enjoy. 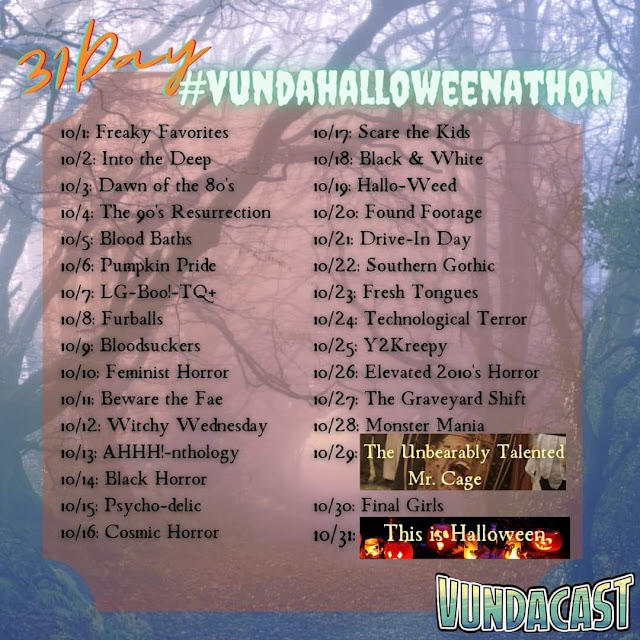 Here's our watchlist for today...
D-Rock: 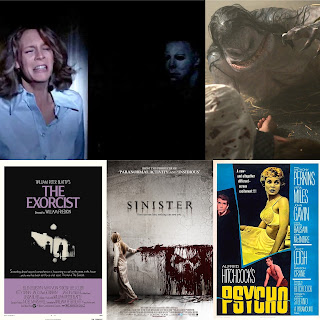 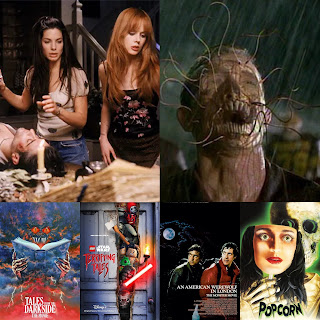 Our official #VundaHalloweenAthon art that feature Freddy, Captain Spaulding, and Sheetar was done by Josh Stifter who is not only an artist but a filmmaker. If you subscribe to his Flush Studios Patreon you can access great behind the scenes content and his short films which could fit many of our themes. He has two feature length films: The Good Exorcist is a comedic horror film made for $7000 under the supervision of Robert Rodriguez available on TromaNOW (perfect for "Blood Baths" or "Elevated Horror of the 2010's" day) or his Hubbie Award winning second feature film Greywood's Plot (perfect for "Black & White" or "Monster Mania" day) a film about friendship, cryptids and making a monster, out now thanks to Terror Films on digital and Tubi.
#VundaHalloweenAthon an American werewolf in London freaky halloween lego Star Wars terrifying tales popcorn practical magic psycho sinister the cabin in the woods the exorcist the faculty