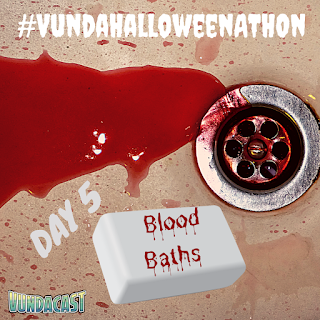 Today is for the bloodiest of the bloody. Whether it's a movie that stacks up the kills like flapjacks or one that piles on the plasma in other ways, this is the day to have a bloody good time!
Check out our tiktok videos!! 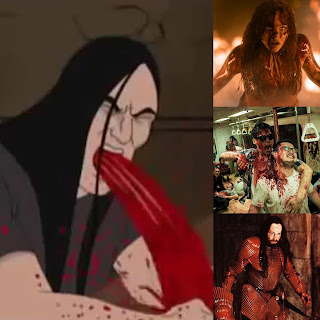 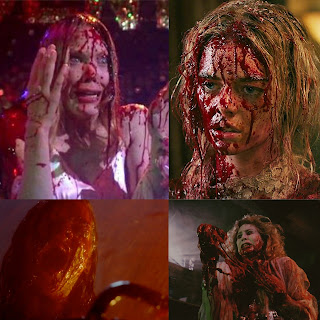 Stephen & Dani:
-Ready or Not (2019) directed by Matt Bettinelli-Olpin & Tyler Gillett - 1h 35m - Hulu*
-Carrie (1976) directed by Brian De Palma - 1h 38m - Shudder, Amazon Prime
-Evil Dead (2013) directed by Fede Alvarez - 1h 31m - Tubi, PlutoTV
-Bride of Re-Animator (1989) directed by Brian Yuzna - 1h 36m - Tubi
Tell us about your picks on social media by tagging @Vundacast or @Vundablog and #VundaHalloweenAthon in your tweets or posts.
Our official #VundaHalloweenAthon art that features Freddy, Captain Spaulding, and Sheetar was done by Josh Stifter who is not only an artist but a filmmaker. If you subscribe to his Flush Studios Patreon you can access great behind the scenes content and his short films which could fit many of our themes. He has two feature length films: The Good Exorcist is a comedic horror film made for $7000 under the supervision of Robert Rodriguez available on TromaNOW (perfect for "Blood Baths" or "Elevated Horror of the 2010's" day) or his Hubbie Award winning second feature film Greywood's Plot (perfect for "Black & White" or "Monster Mania" day) a film about friendship, cryptids and making a monster, out now thanks to Terror Films on digital and Tubi. 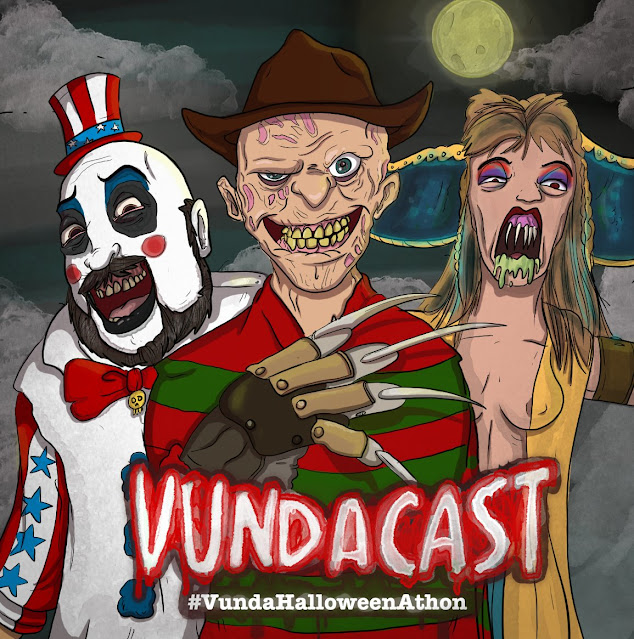