In this podcast, Andres and Stephen reunite on the Sunday of E3 to talk topics like:  Cyberpunk 2077, Gears "Pop", "Modern Dark Age" aesthetics, etc. Andres rebels against Captain Phasma, Andres marvels at the glory of Thanos, as Stephen tries to avenge Justice League and provide cover for the Last Jedi.

Tweet the Show: @AwHOLElotofpod or @Vundablog or @Vundacast
Subscribe on iTunes, GooglePlay, Or Stitcher
Join us on Facebook
Catch us Mondays on our Internet Radio home the Radioactive Underground RADIATE.FM


and most importantly visit our home Vundablog.com

*First episode with updated art featuring Rusty and Morty the new Chiwi Bros, A wHOLE lot of... co-hosts Andres and Diego the Meza Bros and Stephen in human form, no longer represented by a Scrappy-Doo version of his deceased dog Tara.

Art as always by the gifted Nicholas Malara 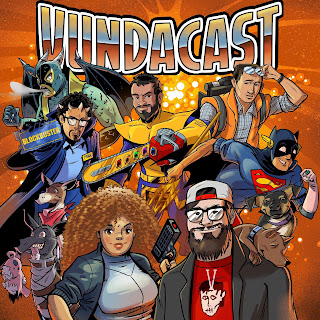