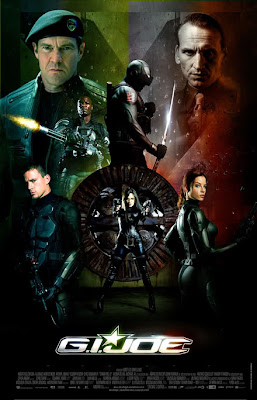 YO joE!!! the last video is what i'm used to thinking of when it comes to GI joe in film. I consider Stephen Sommers movies to be one of my film guilty pleasures. His films are cheesy, fun, over the top awesome. He has a real great talent for making films fun and light. It's a shame he wasn't involved in Mummy 3 which i have yet to watch but am not exactly thrilled about. I love Van Helsing even if it took a while for me to appreciate its ridiculous fun. Gi Joe is in the vain of Van Helsing and is set in the not to distant future. The special effects aren't quite as good as Van Helsing and are more along the lines of the Mummy Returns which are passable. The action is fun and the editing is tight and effective. The story is simple nano-mite briefcase is the macguffin and everyone is fighting for it. The casting with exception of Duke and General Hawk, is spot on. 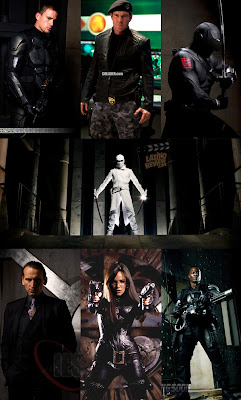 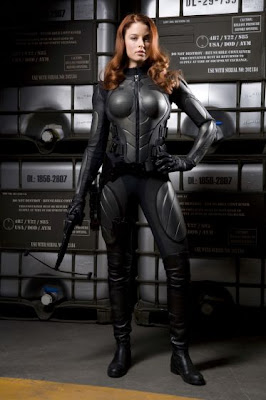 Cast to perfection however are Baroness and Scarlett who are sexy, seductive, and can actually through their tight leather outfits. 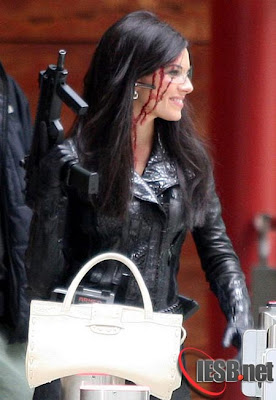 Joe Gordon Levitt of 500 days of summer and brick fame is spectacular and his turn in the film is very cool. I would have enjoyed it more if Cobra Commander would have had the bad-ass high pitched annoying voice. This movie is all eye candy and it may satisfy your sweet tooth or give you a tooth ache. It's a total popcorn flick far more effective than Transformers 2 or Terminator Salvation or even X-men Origins Wolverine. 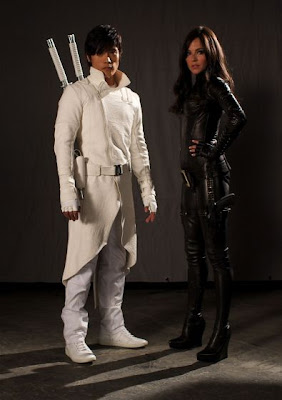 It's interesting that this should come out the same summer as a Transformers film I'd actually like to see the directors switch films. I think Sommers would be a far better choice for the Robots in disguise as he is a master of bringing childlike funny with out offending or falling to deep into stereotype unless thats the film's style. 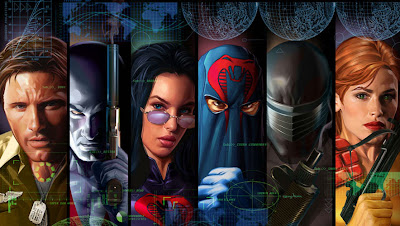 Meanwhile Michael Bay with his over-patriotic guns a blazing explosion heavy style seems a far more perfect fit for a GI JOE franchise. One beef I did find with the film is how they went a more globalized route for GI joe when I think the property should really be more America based seeing as how it is GI Joe: A real American Hero. All in all GI joe isn't a total waste of money its a good family film but in a summer jam packed with great family cinema i don't thin this should be at the top of your list. If you have seen all the current films this isn't a bad way to spend a couple of hors i recommend it overall.