HaRRY PoTTER and the HaLF-BLooD PRiNCe

By Vundablog August 19, 2009
Harry Potter and the Half-Blood Prince 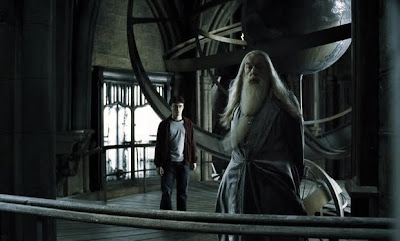 Ugggh! What wasted opportunity. The Harry Potter series in my opinion has been grossly mishandled. The books should have been adapted as hour long tv shows or mini-series. maybe turning every chapter into an episode or or every half book into a movie or something to that effect.

I think that the film series started off well enough Sorcerer's Stone was faithful enough as was Chamber of Secrets, Prisoner of Azkaban added more style to the series which the following films carried brilliantly. I as very upset with the massive changes in Goblet of Fire and the Order of the Phoenix run time. This film also similarly flabbergasting story choices that I felt unnecessarily deviated from the awesome things that actually happen in the book.

The Half-Blood Prince is very much a companion piece for death;y Hallows and in that way it works well in book form i fail to see how the films will blend and tell the upcoming story. I was
disappointed in the film and the fact that the line I'm not a coward didn't make it into the film is a travesty. The special effects were the best they've ever been in the series and Horcruxes really seem less fascinating in the film than they seem in the book. The casting of Slughorn was fantastic and I look forward to the Deathly Hallows films an how they will be treated maybe they will justify this film.

Oh and you can't tell me Eric Bana wouldn't have made a better Fenrir Greyback.