By Vundablog August 06, 2009
Im back, for the time being gonna try to blog more often and get around to y summer movie reviews. starting with this summer's speed racer....

STAR TREK!!!! Has completely totally and utterly rocked my sum
mer and life. 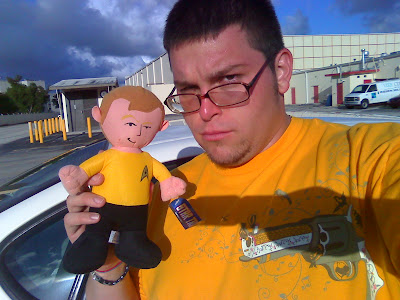 One of the greatest movies ever on my favorite's list. It had action, drama, suspense, comedy, great sci-fi, time travel, two spocks, and heart. It fires on al cylinders. I've given more money to this film than any film ever. 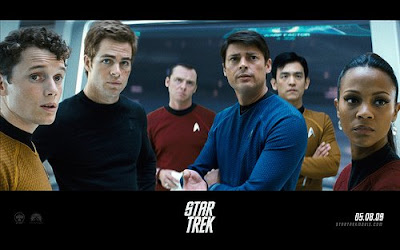 I've seen it in theaters 11 times and purchased tickets for it at least 20 times and then snuck into other stuff. 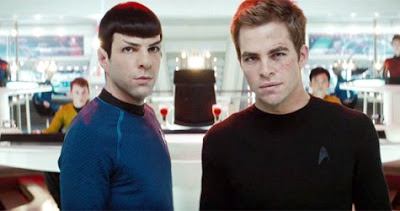 the movie just deserves my money for being so perfect. Chris Pine is a star i'd love to see him in an Indiana Jones flick he has so much charisma and talent. 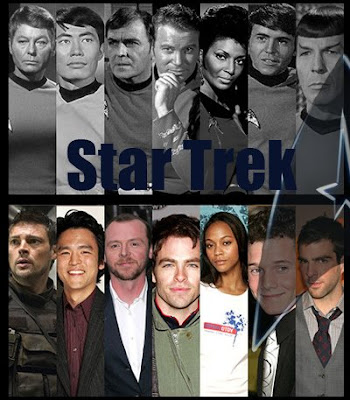 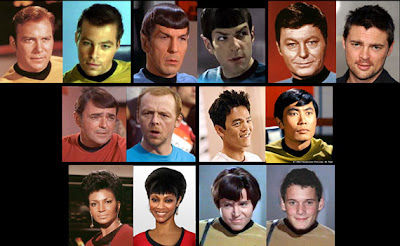 The cast is phenomenal all around. Sulu, Chekov, and McCoy don't get enough story but hope fully next movie they'll focus on the bones, jim, spock trinity.

I especially loved Bana as Nero between his role in this and Funny People. He's the breakout actor this summer being the master of heavies and now soon releasing the time traveler's wife which i'm hyped for this is the summer of Bana. I'd love to see a viral of Nero saying "Spock!!! Panties!!!" I'm not the only one this summer who has gushed over this film, and I'm sure I won't be the last. 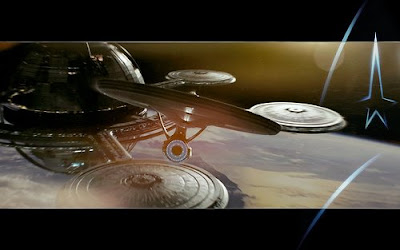 So please gush with me and enjoy the following.
star trek summer movie season 09