In Justice League of America #1 Geoff Johns and David Finch take us through the introduction of the American wing of the Justice League. The driving force of this first arc seems to be the machinations of a Secret Society of super-villains. The issue is basically centered around Steve Trevor (Wonder Woman's one time love interest) working under Amanda Waller(who I'm disappointed to see in her new 52 incarnation is now a thin woman). Waller wants the JLA to form as a balance of power in case the actual Justice League gets too powerful and tries to conquer the world or something. The issue has the choosing and breakdown of the team. Trevor and Waller design a team to match up with every members power set. 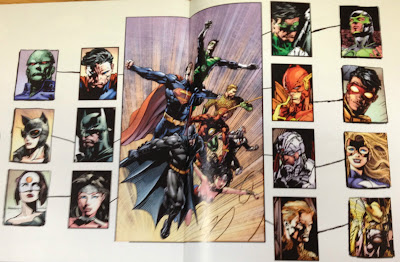 Green Arrow has gone under cover as some sort of Dark Hunter, evil ninja type character. He is being chased by what appears to be the Justice League. We get a brief intro to all of our new Leaguers. Hawkman running down a perp, Katana doing her Kill Bill thing, and Star Girl in the midst of stardom.
Green Arrow however is getting the shaft as usual, and by the end of issue one has brought some intel back to Steve Trevor and then appears to die on the last panel. 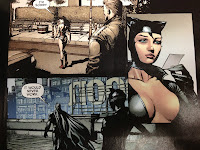 David Finch's art is lovely and he does a great job with the characters. I like his bad-ass looking Hawkman, who feels very much like Wolverine in the DCU with wings. Finch captures mystery and power of Martian Manhunter with the intensity of his gaze and the depth of his shadow. The colors by the uber cute and talented Sonia Oback with Jeremy Cox are gorgeous, they pop and yet have a lot of shadow and black so things look dark and gritty while still feeling fun and bright. Finch draws a Catwoman I'd want to own in poster form. I hope one day he does a Catwoman run so I can feast on his feline femme fatale further. I hope no ones puking on my alliteration. Rob Leigh's letters are smooth and very organic. In JLA #2 this winning team continues the excellent artistic execution. Finch draws a creepy Scarecrow on the first couple of pages of Issue 2, as this Secret Society is trying to recruit him. 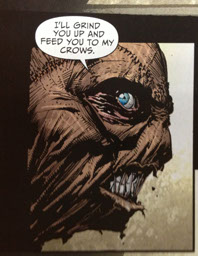 There is more of Waller bossing around Trevor, and then we see a bit of a crossover with Vibe #2 witnessing Vibe's first JLA meeting. The gang gathers around the table and there are a few memorable back and forth's between the diverse Leaguers. Catwoman, who David Finch draws seductive and beautiful, is developing a crush on Steve Trevor as they've both had their hearts broken by members of the JL. J'onn does a mind meld with the resuscitated but unconscious Green Arrow. Arrow's memories of his attackers shows that it's some sort of Justice League impostors, which I'm guessing are new and improved Amazo robots. I'm really excited to see where Johns takes the JLA and I look forward to when some of his creations from the Green Lantern universe play off the team hopefully somewhere down the road. 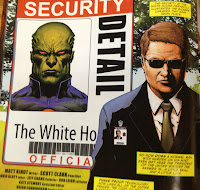 The biggest fault I've found with the DCU's New 52 universe, is the lack of quality super teams. I used to love reading JSA monthly, and I thought Earth-2 would be that, but 10 issues in it's still just kind of an elseworlds/ultimates style adaptation. So it is with great joy that I pick up Justice League of America #1 and 2 for my big super team fix. 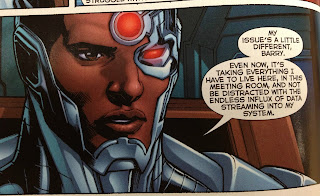 The first issue of Justice League I bought back when it came out was issue 8. I bought it because it looked like Green Arrow was going to join the team as he was the guest star of the week. The Justice League wouldn't take him, but Steve Trevor swooped in like a Coulson wannabe and asked him to be on his Justice League. Which ties back to the previously reviewed JLA#1 and #2. I was bummed that Justice League wouldn't have Green Arrow so I gave the book a break. I started following it again around issue 12 when Superman and Wonder Woman kissed. I've been following The Justice League since then and was very entertained by the Throne of Atlantis crossover event. This Issue 18 of Justice League has me all sorts of excited, for the same sort of promise that got me to pick up issue 8. The Justice League's roster is expanding. Cyborg has created what he calls the Grid which is essentially a database of all the super-humans on the planet and how to contact them. 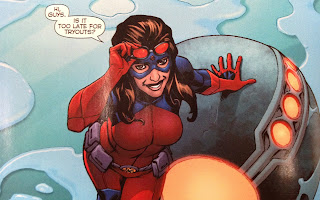 Side note: I've noticed that DC is not using the word meta-human anymore to describe their super powered characters but are now calling them super-humans. I like the term meta-human I think it sounds cooler.

Johns is writing a lot of great tidbits of quirks into Cyborg's character that I find extremely endearing, playing up his disconnect from  people and his connection to this universe of information that runs through his mind against his will. So the Justice League invites up their top picks for their expanded roster which are Black Canary, Black Lightning, Blue Devil, Element Woman, Firestorm, Goldrush, Nightwing, Platinum, Vixen, and Zatanna. The issue is basically all dialogue driven until potential recruit Platinum flips out due to a fault in her programming by Will Magnus (Yay new Will Magnus in the new 52) is faulty or something like that. The team take her out and find out that they have been hacked by someone they we're going to recruit. Which I found a little annoying that two seconds after you grow your roster you've already got a traitor in your midst(sigh). The joy of this issue is seeing new characters like Element Woman and the New Atom Rhonda Pineda. I may have to dedicate a whole blog to how annoying DC has been recently, passing around the Atom mantle. The issue is a great jumping on point to this book and I hope everyone climbs aboard. The art by Jesus Saiz is flawless, and the colors by Nick J Napolitano is gorgeous. 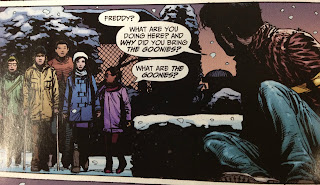 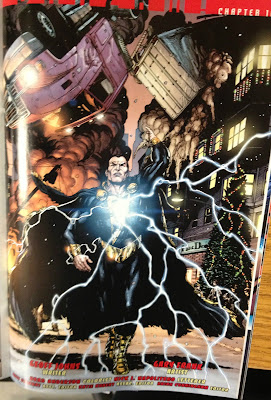 It's important to mention the amazing backup story this book has had running through it drawn by the modern legend Gary Frank and written by Geoff Johns about the new origin of Shazam and it is fun, unique, and amazing. It looks like it's about to gear up to some big action as the villains are coming into the story, so catch up and check it out. Johns has a cool Goonies take on Billy Batson and the Marvel family.
cat woman comic book comic books comics cyborg david finch dc comics gary frank geoff johns jesus saiz jla justice league justice league of america martian manhunter new 52 REVIEW shazam steve trevor