"Obama, in a letter to House Speaker John Boehner and the Senate, notified lawmakers about the latest steps underway to assist in the return of the abducted girls.

"Obama said the service members will help with intelligence, surveillance and reconnaissance aircraft for missions over northern Nigeria and the nearby region. He says the force will stay in Chad until its support is no longer necessary."

"But newly amended language in the bill has 'moved in the wrong direction' of true surveillance reforms, the tech companies said.

"'The latest draft opens up an unacceptable loophole that could enable the bulk collection of Internet users' data,' the coalition said. 'While it makes important progress, we cannot support this bill as currently drafted and urge Congress to close this loophole to ensure meaningful reform.'"


A Call to Arms: An Invitation to Demand Action on Climate Change -- Rolling Stone
"This is an invitation, an invitation to come to New York City. An invitation to anyone who'd like to prove to themselves, and to their children, that they give a damn about the biggest crisis our civilization has ever faced.

My guess is people will come by the tens of thousands, and it will be the largest demonstration yet of human resolve in the face of climate change. Sure, some of it will be exciting – who doesn't like the chance to march and sing and carry a clever sign through the canyons of Manhattan? But this is dead-serious business, a signal moment in the gathering fight of human beings to do something about global warming before it's too late to do anything but watch. You'll tell your grandchildren, assuming we win. So circle September 20th and 21st on your calendar, and then I'll explain."


DOJ reverses no-recording policy for interrogations -- AZ Central
"There was no news release or news conference to announce the radical shift. But a DOJ memorandum obtained by The Arizona Republic spells out the changes that will begin July 11.

"'This policy establishes a presumption that the Federal Bureau of Investigation (FBI), the Drug Enforcement Administration (DEA), the Bureau of Alcohol, Tobacco, Firearms and Explosives (ATF) and the United States Marshals Service (USMS) will electronically record statements made by individuals in their custody,' says the memo from James M. Cole, deputy attorney general, to all federal prosecutors and criminal chiefs.

"'This policy also encourages agents and prosecutors to consider electronic recording in investigative or other circumstances where the presumption does not apply,'' such as in the questioning of witnesses."


White House Vows Defense Bill Veto Over Gitmo -- Huffington Post
"Obama vowed to close the prison in his first inaugural address, and signed an executive order soon afterward ordering it closed within a year. But Congress intervened, repeatedly passing laws that forbid the White House from transferring detainees, or spending money to do so.

"Obama has objected to the restrictions every year since since, and has repeatedly threatened to veto the defense bill, but never did. The administration made a similar threat earlier this week, saying Obama's senior advisers would recommend that he veto the NDAA if the Gitmo restrictions remain.

"The White House took that a step farther Wednesday evening, with spokesman Jay Carney issuing an unequivocal promise soon after Rep. Adam Smith (D-Wash.) offered an amendment in House floor debate to close the facility, which he said costs about $2.7 million per year for each of the 154 inmates who remain there."


North Miami Fights to Keep Its Art Museum -- New York Times
"The museum’s board wants to leave this working-class city and merge with the Bass Museum of Art in Miami Beach, its wealthier and more glamorous neighbor. It says that North Miami has neglected the museum building and failed to support a needed expansion.

"City officials, in turn, accuse the board of secretly plotting to make off with North Miami’s cultural patrimony. 'The collection belongs to the city, and they are trying to steal it,' Mayor Lucie Tondreau said.

"The departure may not resonate on the scale of, say, the Dodgers leaving Brooklyn, but the threatened loss of the city’s only art museum to a flashier oceanside neighbor is producing a sizable dose of rancor here." 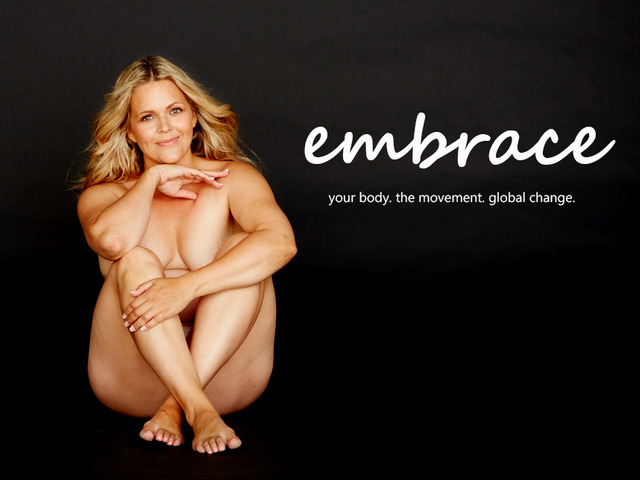 This woman wants to change how we look at our bodies -- A Plus
"Taryn Brumfitt felt insecure about her body, so she decided to do something about it. She entered a body building competition, and lost a lot of weight. However, she realized she still felt insecure, and after gaining weight back she posted a before and after photo saying that she liked her heavier self. Her photo gained 3.6 million likes. When some people berated her for promoting obesity she decided she needed to do more to spread her message that we should accept ourselves the way that we are, and now she's crowdfunding a documentary."
#HEADLINES Associated Press body image climate change Department of Justice Guantanamo Bay Huffington Post MoCA National Journal New York Times Nigeria kidnappings NSA Rolling Stone USA Freedom Act