By D-Rock May 10, 2014
On May 10th, 1994, two of the most important, influential albums of all time were released and the music landscape was forever changed.

But that's kinda how it feels to those of us who love these two records. The cultural importance of the Weezer record is obviously significantly greater than that of the SDRE but the influence of Diary in the independent music scene can't be overstated. "I had never heard an album I'd felt was so custom-tailored to me," says Death Cab for Cutie frontman Ben Gibbard. "The dynamics, the singing and the raw emotion in the music--it's something that really knocked me out."

WAY ahead of its time, it was one of the first true "emo" records (if you believe in that term as a legitimate genre of music) and easily one of the best. The beauty of Jeremy Enigk's voice is matched only by the power of William Goldsmith's drumming--especially the famous crashing cymbals. I can't recommend this album highly enough to any lover of intensely emotional music and lyrics. 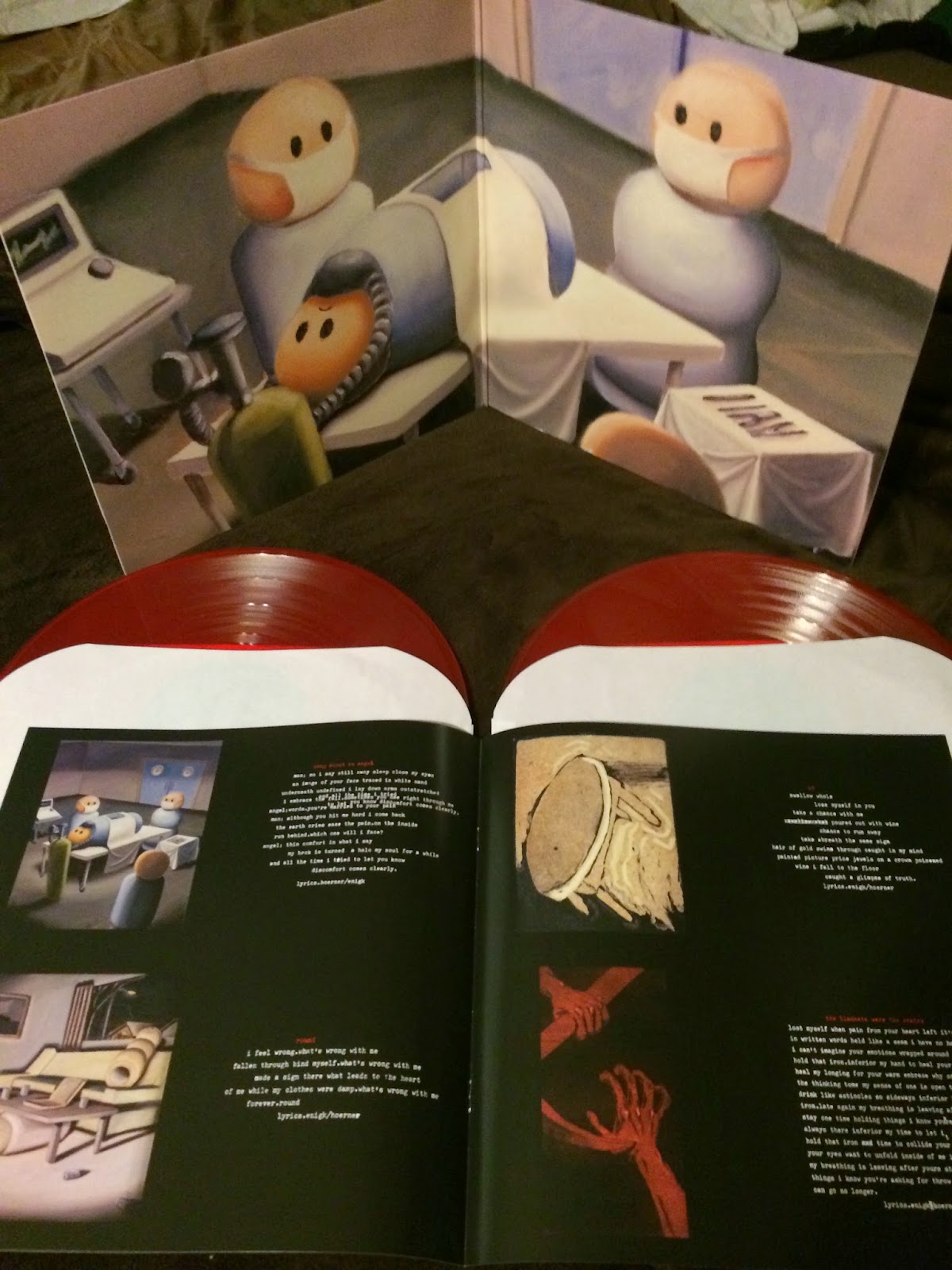 The album was recently re-released on transparent red vinyl with two bonus tracks and a beautiful six-page booklet that includes an interview with the band that tells the story of the coming together of the band and the making of Diary, in addition to featuring the lyrics to each song alongside a much more unique feature.

According to the liner notes (written by Jonathan Cohen): "To complement the music, Sunny Day utilized paintings from artist friend Chris Thompson, one for each song on Diary. Several of the images, including the cover, depicted settings with figures from the popular toy Little People seemingly oblivious to the disasters (a toaster on fire, a car crash, an operation) occurring around them."

According to Jeremy Enigk: "All of those paintings for Diary were for his thesis. They were his final big art project for graduation. We saw these paintings and identified with how they mixed these fun, childhood images with the real life pain of being an adult. It just fit."

I don't have any factoids about the Blue Album that are anywhere near as interesting as that, but what I do have is a story about how I saw Weezer live with the girl of my dreams in 2001 (right before Green Album came out) and they played SEVEN songs from the Blue Album (and FOUR from Pinkerton) including starting the encore with "Only In Dreams." I guess that's pretty much the story. They also opened with "My Name Is Jonas" and played "Buddy Holly," "Undone (The Sweater Song)," "Say It Ain't So" (!!!!!), and "In the Garage," and closed with "Surf Wax America." Such Blue. So Weezer. Wow.