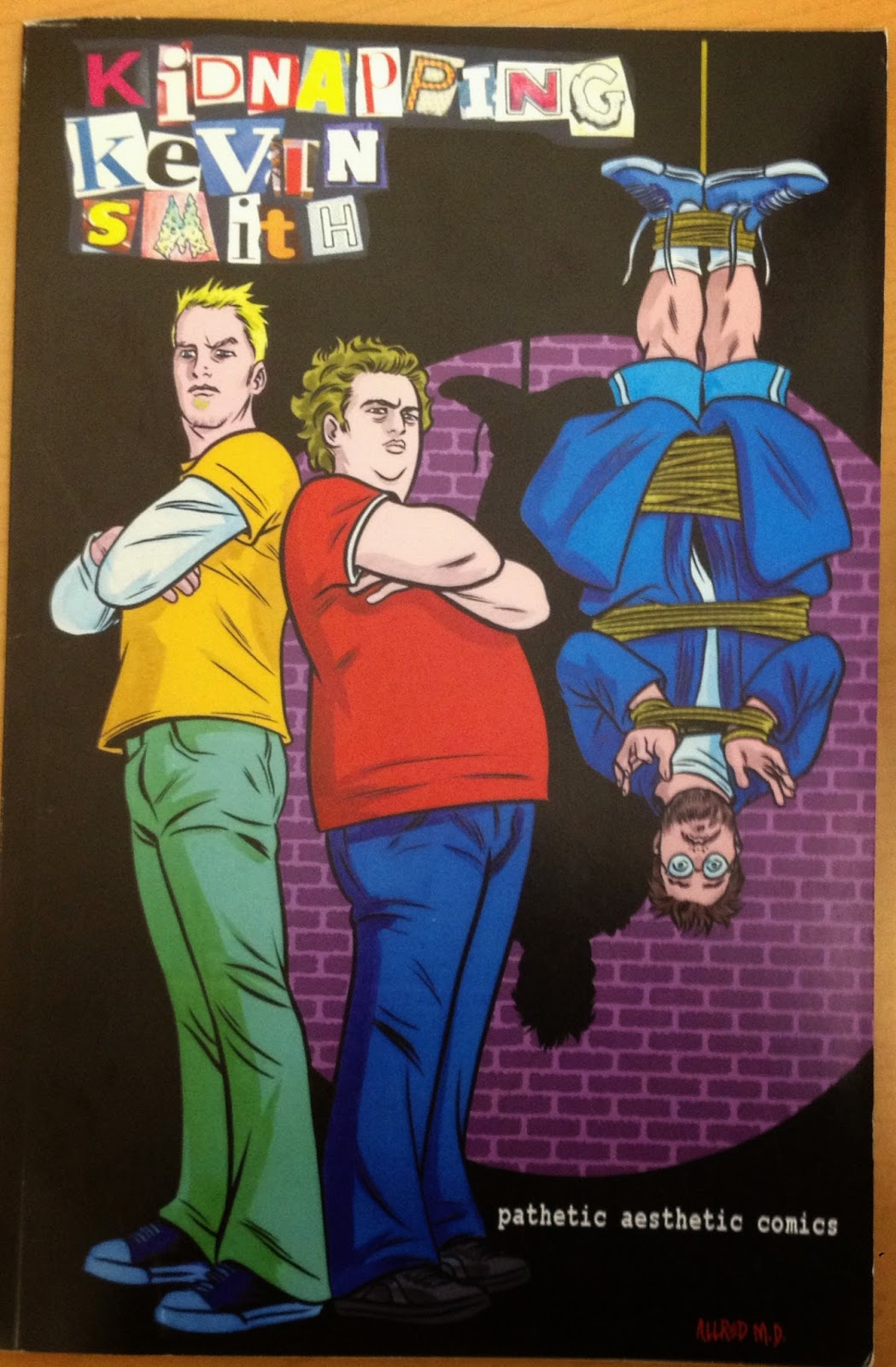 On Free Comicbook Day I made some purchases. One of them was Kidnapping Kevin Smith by Chad Blakely. I had read about this comic online once before because of the fabulous Mike Allred cover. So when I saw this book in a box marked half off, I was stoked. Firstly the cover by Mike Allred is simple, dramatic, and engaging. I like that the lettering of the title is reminiscent of a ransom note and of the Clerks poster font (Kevin Smith's indy classic). 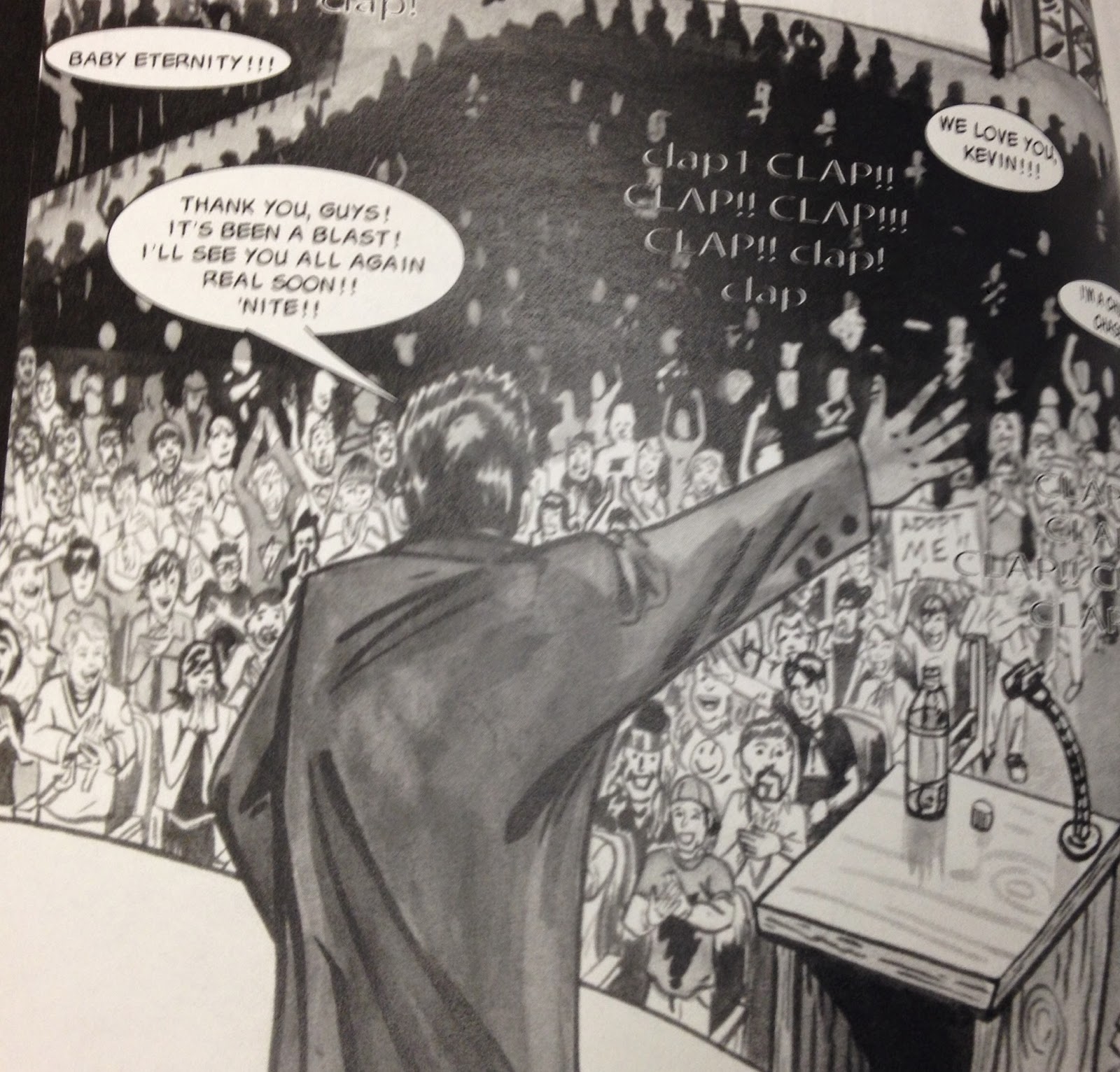 The story opens with Kevin closing out a sold out Q&A. A couple of the attendees head over to a cafe to order some coffees and debate the quality of Kevin Smith's show. It turns into an argument over Kevin Smith's merit. Ralph goes on a rant about how Kevin Smith is a hack to which his friend Jeff defends Kevin Smith for the rest of the night. The friends continue on with their mundane lives. Both of them working at a comic shop and going to movies together. Until they watch a movie about kidnapping. That's when Ralph "the Kevin Smith hater" gets the bright idea to kidnap Kevin Smith. Which Lee goes along with basically only to advance the plot. 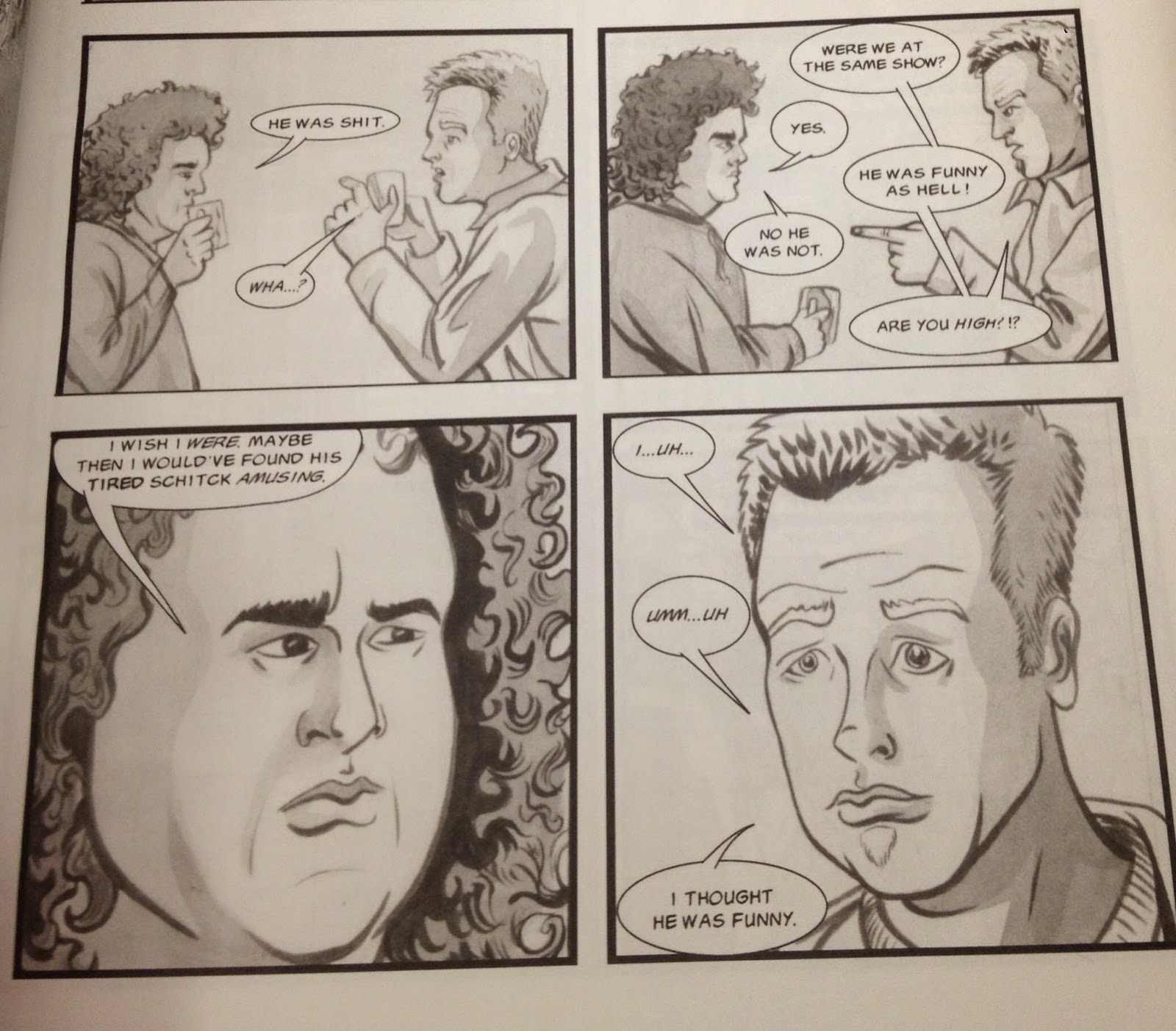 They succesfully kidnap Kevin and lock him in their basement. They then set Kevin with the task of writing them a script. I won't give away anymore than that but the book plays out like a Kevin Smith movie. As you can see it's in black and white which serves to further the comparison to Kevin Smith being that Clerks was shot in black and white. The art by Chad Blakely is impressive. Chad Blakely does a great job with expressions, layouts, and drawing backgrounds. I enjoyed the book as a Kevin Smith fan. I especially enjoyed the stoner jokes at Kevin's expense. All in all I'd recommend it to die hard Kevin Smith fans. 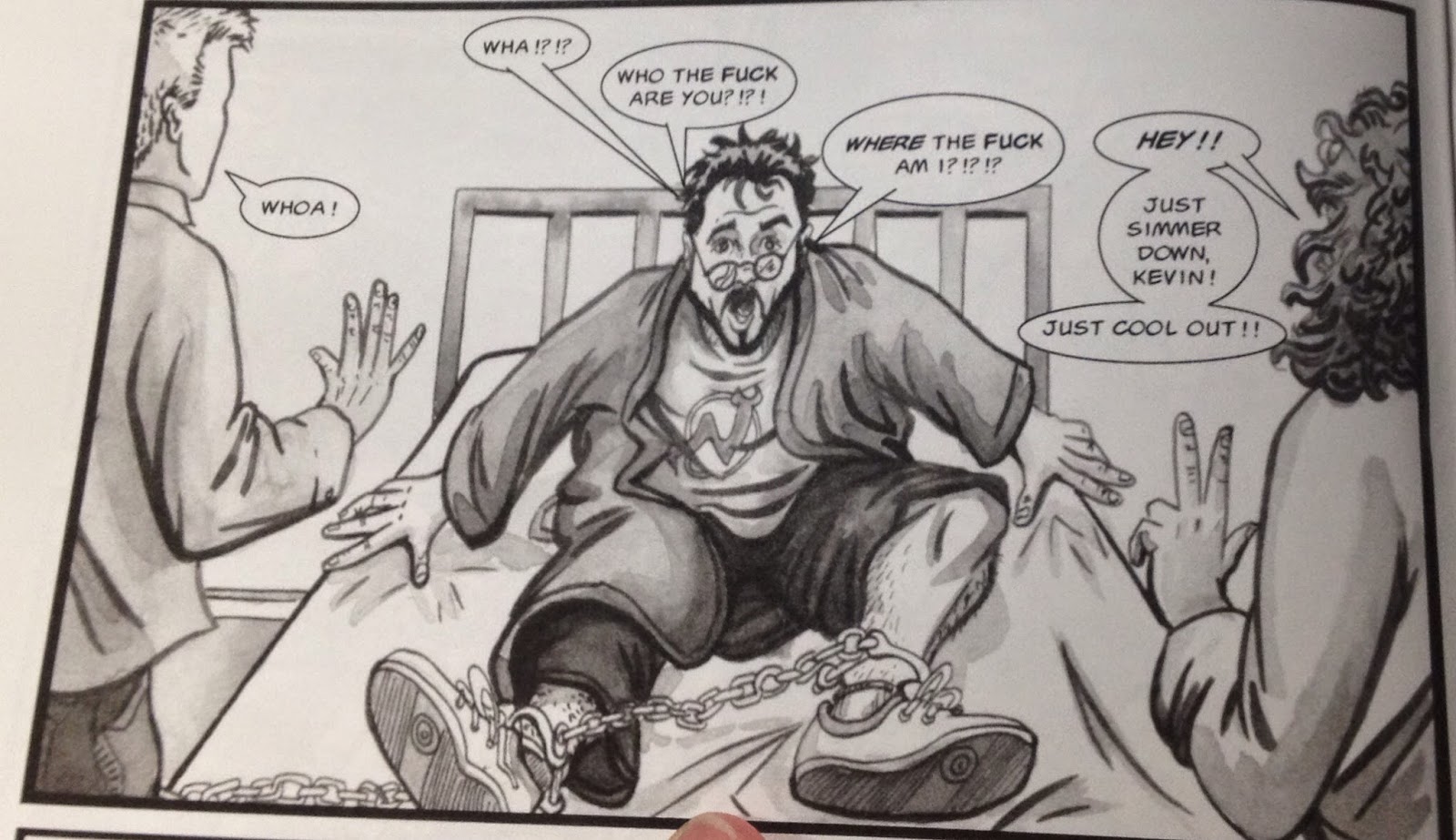