By Vundablog May 02, 2014
So there's a new Teenage Mutant Ninja Turtles trailer--or should I just say...Ninja Turtles. I wasn't very thrilled with the first trailer, and this one leaves me equally weary of the film. This trailer, however, gives us some closeups of our Mutant heroes. So check out the trailer then check out my screen grabs and thoughts below.

Let's break it down character by character. 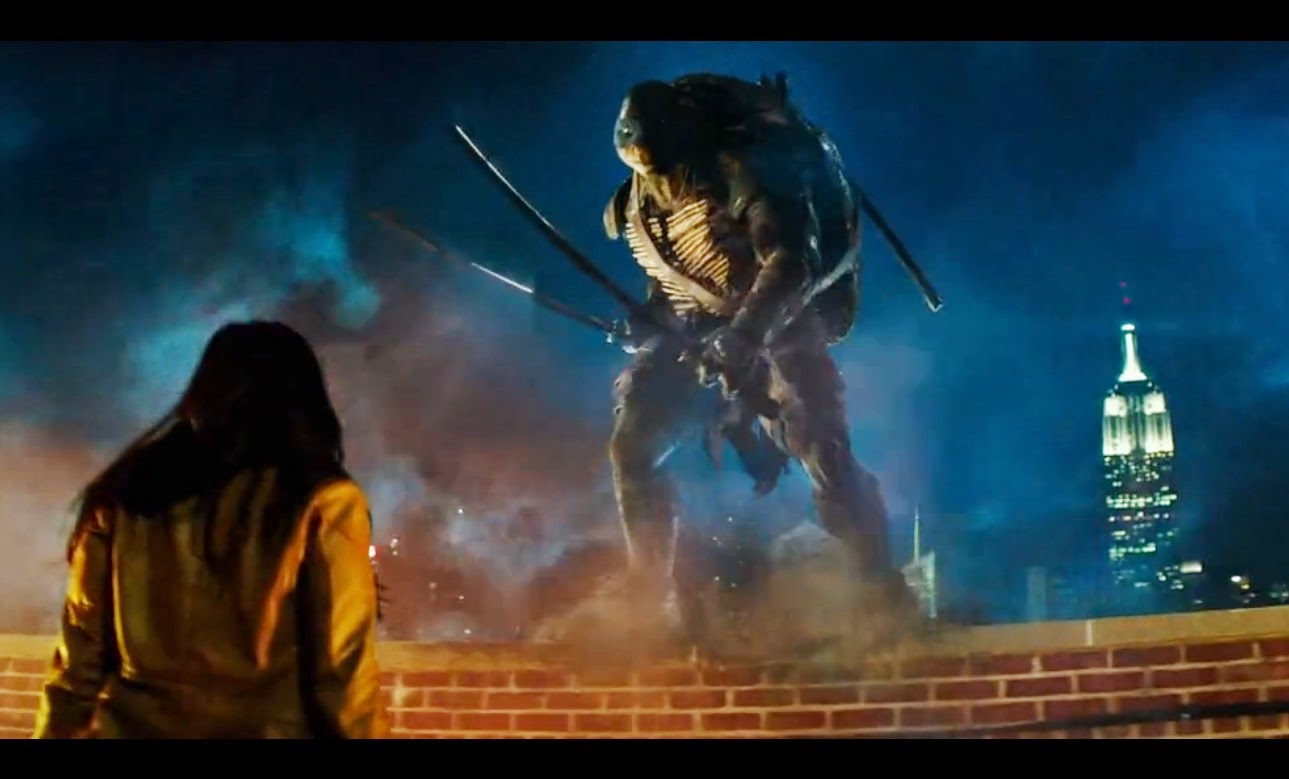 Let's talk about the good first. Leonardo, despite the nostrils, looks pretty good flipping over Megan Fox. He looks fierce with his katanas and his bamboo chest armor reminds me of Rufio which is cool. He's the spirit of the team--sort of the Captain America of the group--and so far his body language in the first couple of trailers captures that.

More good in this movie may come from Splinter, my second favorite of the TMNT characters. All we get is a cool sword twirl but it's not too fast or fancy and looks about right for Splinter's advanced age. Master Splinter is my favorite part of the original TMNT live action movie. He gets kidnapped but ultimately saves the day and he does it all with dignity and grace. This film has big shoes to fill. I'm not enthused over Tony Shalhoub as the voice of Splinter but I won't fully criticize it till I hear what he does with it. Hopefully this movie doesn't have Splinter doing flips like Yoda and respects the character's age and limitations. 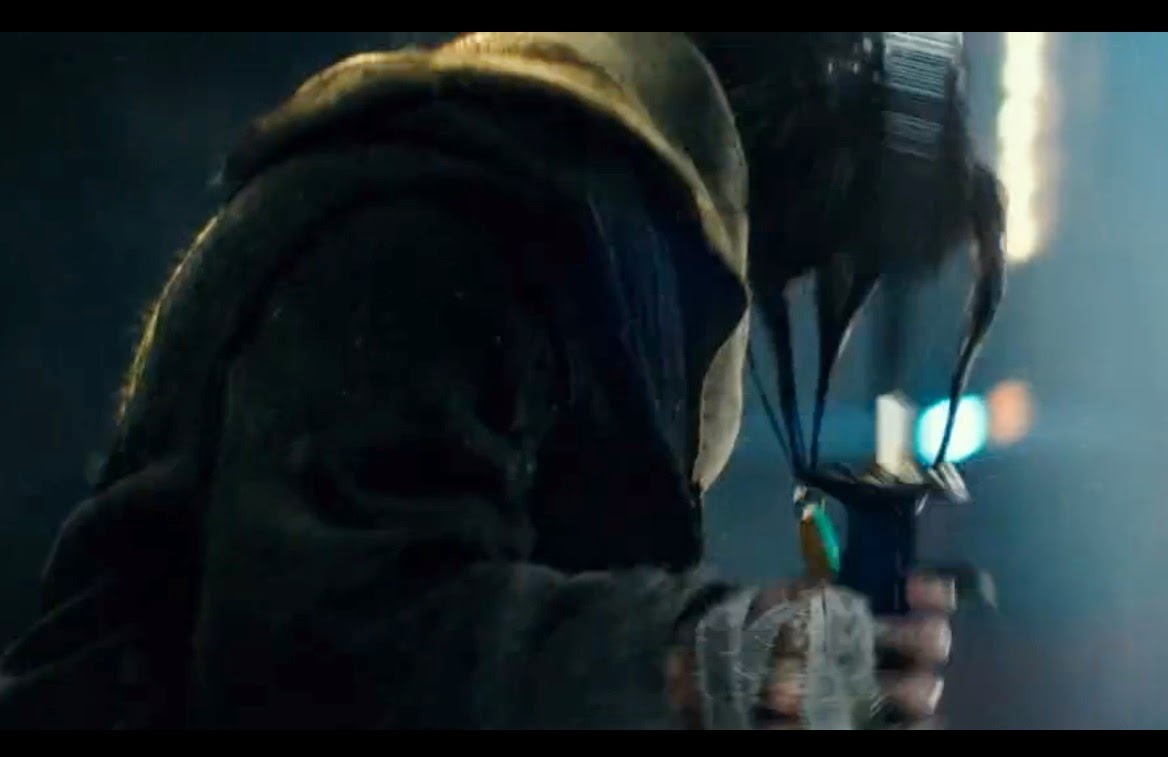 The last bit of good comes from the canister of the ooze. In the comics and animated series it's created by TCRI but in the movies it's been TGRI. I can't quite decide in the photo which one their nodding to, but overall as a plot element it shows an appreciation for the older audience and shows that this film is grounded in TMNT lore. What do you think it is: TCRI or TGRI?

Now for the bad.

I don't like an evil white man being Shredder, especially some roided out monster shredder. Unless of course that man is Kevin Nash as the Super Shredder.

The Shredder is supposed to be a Japanese badass. He's a ninja that has murdered and killed other ninjas he's survived amongst badasses and is only thwarted by meddlesome Turtles. He's not a scientist that made the Turtles. His role shouldn't be white washed. So this is, perhaps, where I come to the biggest blockade in my enjoyment of this film.

Raphael is my favorite character in the TMNT. I identified with his brooding anger for some reason as a little boy, and I think I look quite dashing in the color red. He's the turtle who sort of drives the plot in the first TMNT live action movie and is usually the source of conflict that makes the team dynamic and entertaining. I'm disappointed they haven't given him a cool trailer moment other than smashing into a car on purpose. I want a Raphael close-up and one-liner in the next trailer. 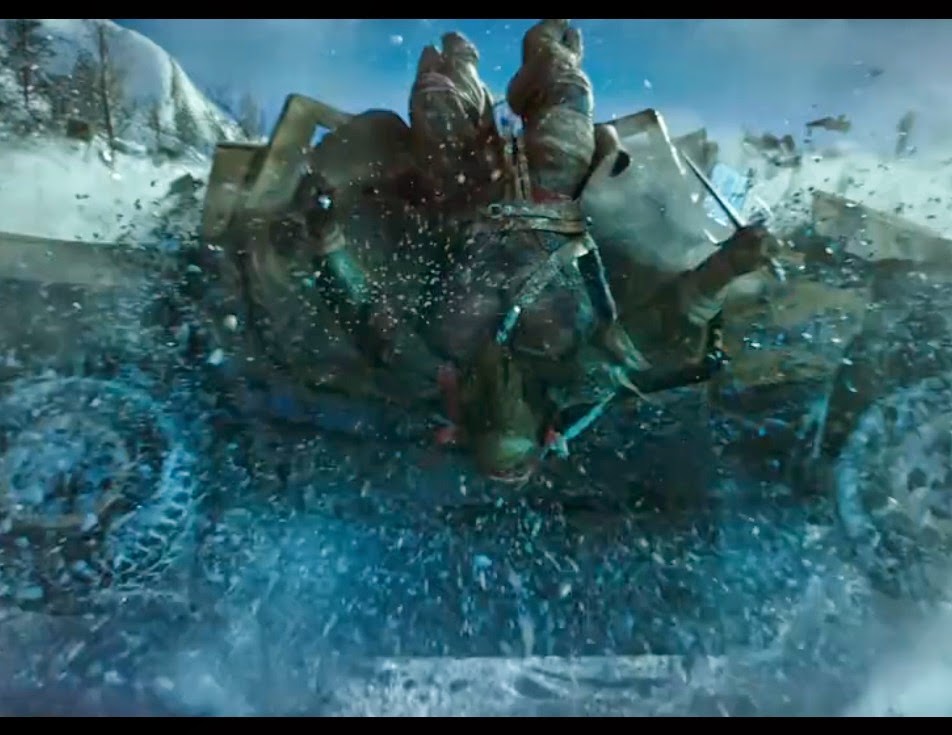 Next up is Donatello, the brains of the operation. They're not exactly going for subtlety in this movie so Donnie has to be covered in technology to show he's a "Tech Guy." Donnie suffers from far too many accessories including glasses to indicate that he's a nerd. He's also physically different from his bros with a set of buckteeth. I bet you they'll make him clumsy too, just to complete the nerd cliche trifecta. It's as if the higher-ups that made this movie thought the turtles looked too much alike despite their multi-colored bandanas, so they threw in some accessories to make them all stand out and look different. They are Ninjas. Ninjas are stealth. They don't need a backpack full of tech. They have ninja skills.

Last up is Michelangelo who has been featured prominently in the advertising thus far. He was the first Turtle we heard speak and his voice was passable. My main beef with him is his shell necklace. He's a surfer dude, so he needs a surfer necklace. Saying Cowabunga would've sufficed. We don't need to turn him into C.J. Parker. 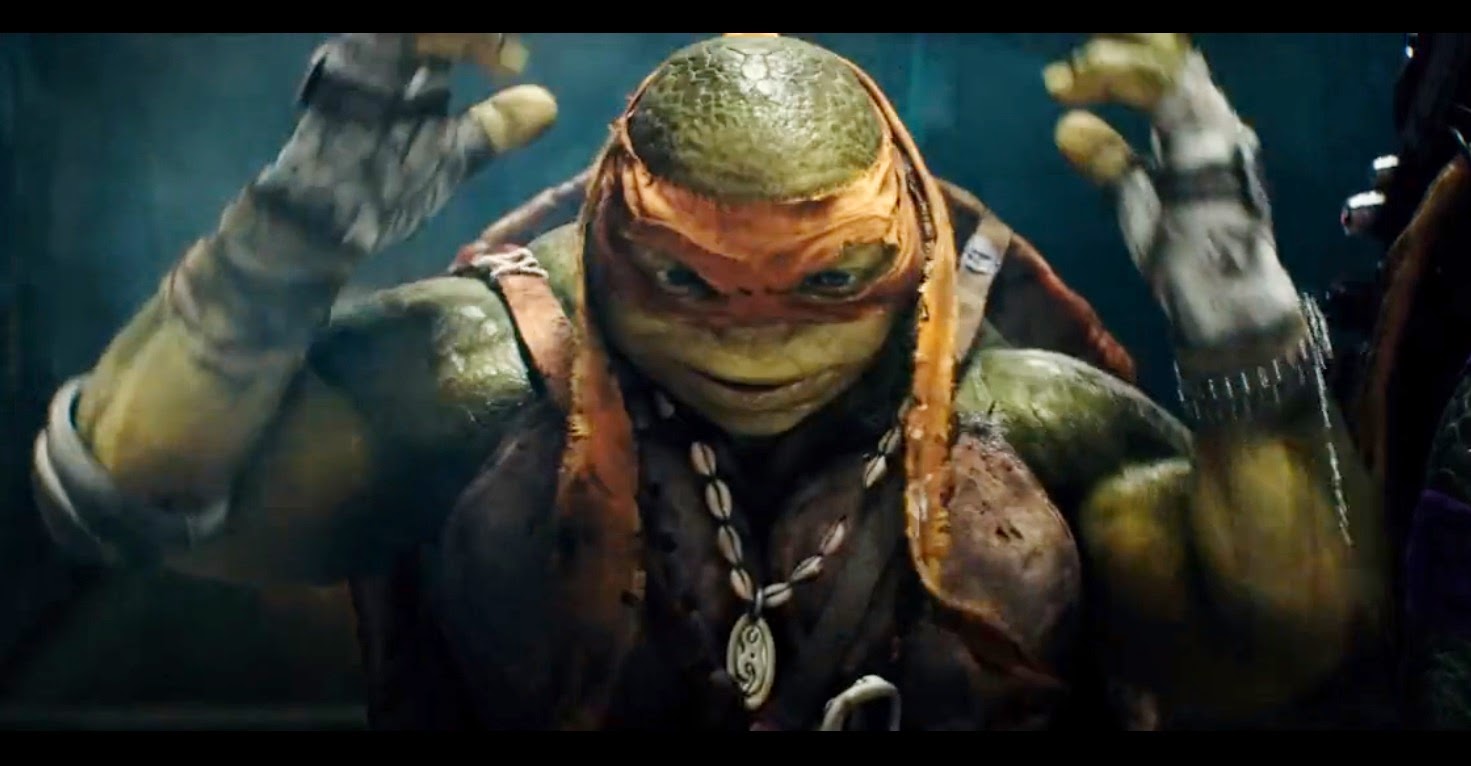 Overall at this point in time I just can't see myself buying a ticket to this movie.

What do you think of what you've seen so far? Are you going to buy a ticket to see this movie or sneak in?

(DISCLAIMER: Vundablog does not advocate sneaking into movies nor do we admit to ever doing so ourselves.)

Anonymous said…
First of all the nostrils did take a bit to get used to but they are going for a more realistic look.

Second it feels like you are picking on Tony Shalhoub who is an awesome actor for no reason without having heard his Splinter voice. Maybe you are upset they didn't cast a Japanese actor. I feel like no matter what though there would have been complaints. I mean I don't know many Japanese actors. So even if they would have casted an Asian actor people would have found something to complain about. I mean remember what happened when they casted John Cho who is Korean in a Japanese role as Sulu. I'm pretty sure Master Splinter from the cartoon wasn't Japanese and you didn't care when you were a kid.

You are also complaining about things that haven't happened yet like Splinter getting animated like Yoda doing flips and stuff.

Donnie is known to use a lot of tech. We don't know if he is just suited up with tech for this one mission or if he is always wearing all this tech.

Also you end the review complaining about Michelangelo wearing a seashell necklace. I bet you didn't care when in the original trilogy they dressed up like Samurai or wore hula skirts.

This review is way too nit picky about unimportant things. The only valid criticism is the role of Shredder.

The only place where you have a point is the role of Shredder. Not so much for casting a white actor because both James Avery and Kevin Nash have played Shredder and neither of them were Japanese and no one cared. My problem with the movie is either he is a brainy scientist or he is a bad ass ninja he can't be both! Also if he is a white scientist how can he fight ninja turtles who know martial arts? I do agree that part of the plot makes no sense.

Also why would he create heroes to stop crime when he is the one committing those crimes along with the foot.

Also the foot clan seems to be less ninja and more like a small guerrilla army they may not even be ninjas.

My thing is let's not nit pick little things like infrared glasses or sea shell necklaces. Let's dissect what really matters which is the plot. Which by the trailer seems a little confusing. Which really shouldn't be.
May 2, 2014 at 4:59 PM