By Vundablog May 07, 2014
Today I'm reviewing What I.F. by writer D.J. Strong, pencils by Jeramy Hobbs, and inks by Zach Basset and Jeramy Hobbs put out by local comic book publisher Cosmic Times. I picked up this book at Florida Supercon 2013 and have embarrassingly not cracked it open for a read till now. It's been sitting at the bottom of my read pile and I decided to pull it up.

The comic is about an Imaginary Friend (the I.F. in What I.F.) whose lost his person and is reminiscing on their time together as he prepares to move on. The I.F. (whose name I won't reveal to encourage you to by this book and enjoy the magic of it) starts out standing over Penelope's (his person) sleeping body. She has taken anti-depressants and this will mean the end of Penelope being able to see him. The story follows the I.F. coming to terms with his persons new life. 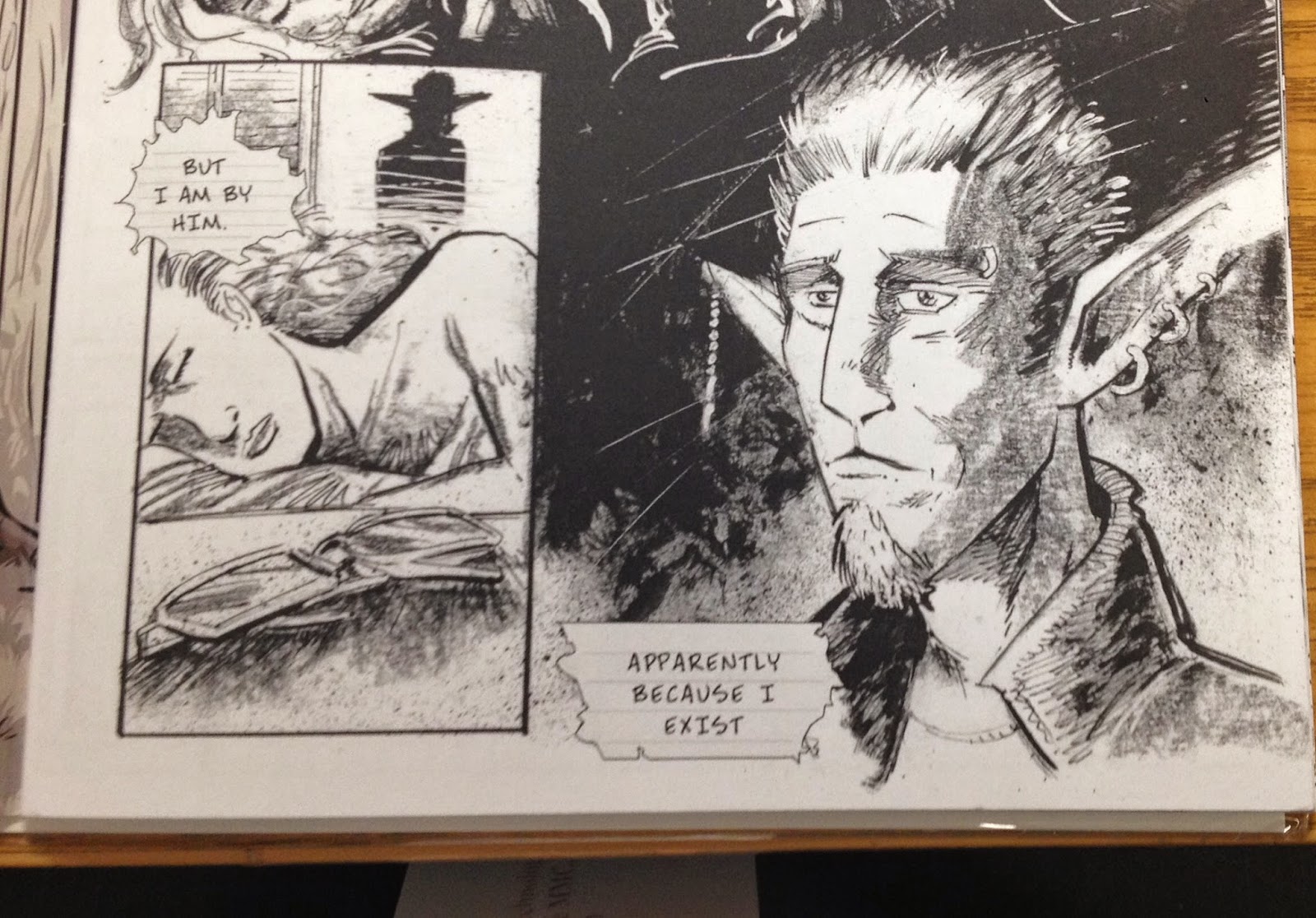 The story is filled with a sense of tragedy mixed with hopefulness. The hopefulness comes from the fact that it's about imaginary friends and things that don't exist. So the sky is the limit and something magical is happening by just hearing the internal monologue of an imaginary friend. This whimsy is shown in character names and in the design of the I.F. in the story who has a long eared rock star look to him. The tragedy comes in knowing that this book is about something dark if Penelope's on anti-depressants. There's a somberness to the I.F. as he realizes who is real and who is not. 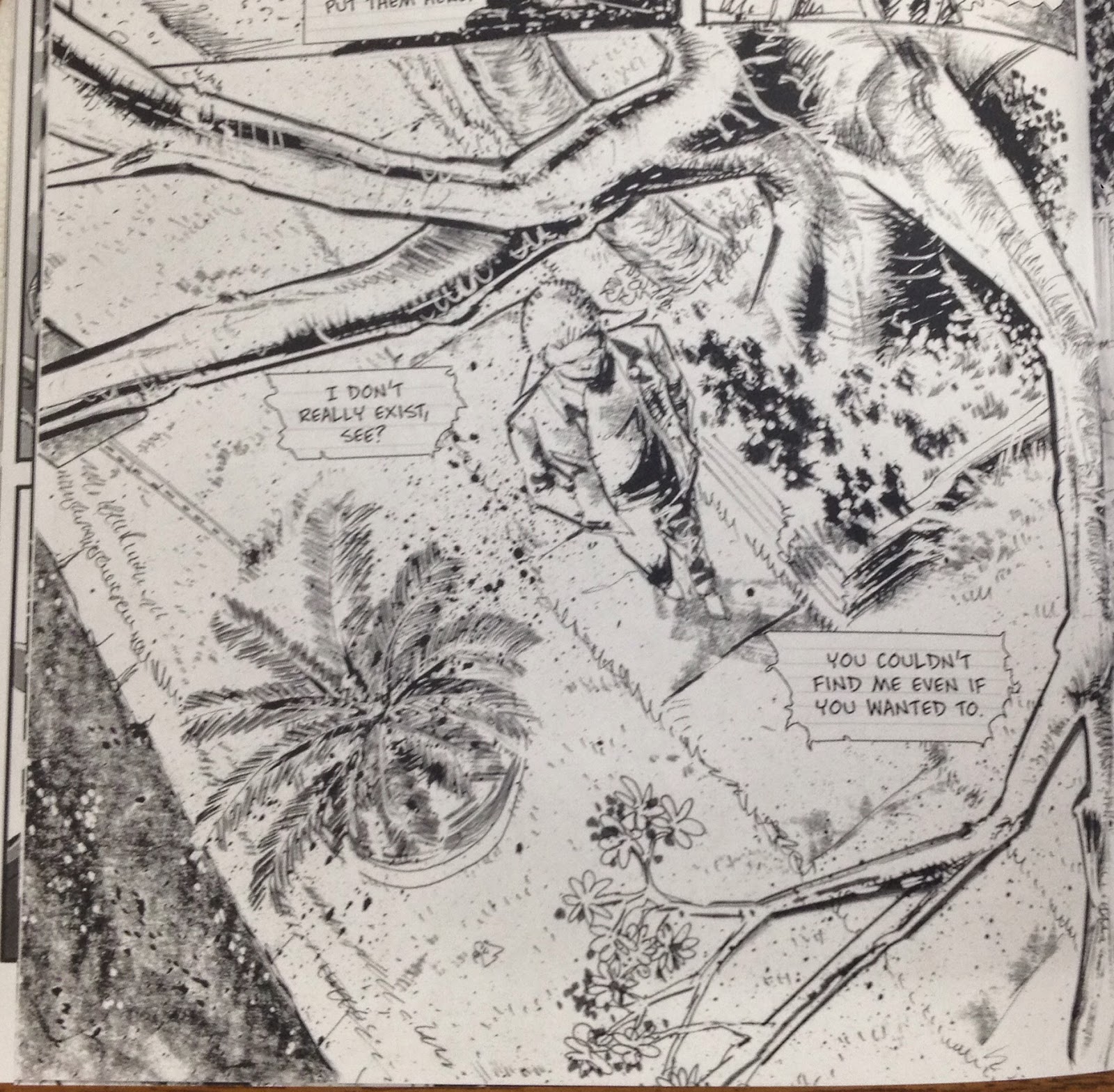 The book is in black, white and shades of grey as you can see in the examples I've pulled. The art in the book is gorgeous Jeramy does an amazing job at giving the character's genuine emotion, and his shading is brilliant. He also brings a level of detail to every panel that sells the mood and style of the book. I really enjoyed these characters and my biggest gripe about it is that the story isn't longer and it's only a one shot. However, it fits the nature of the story and works well. 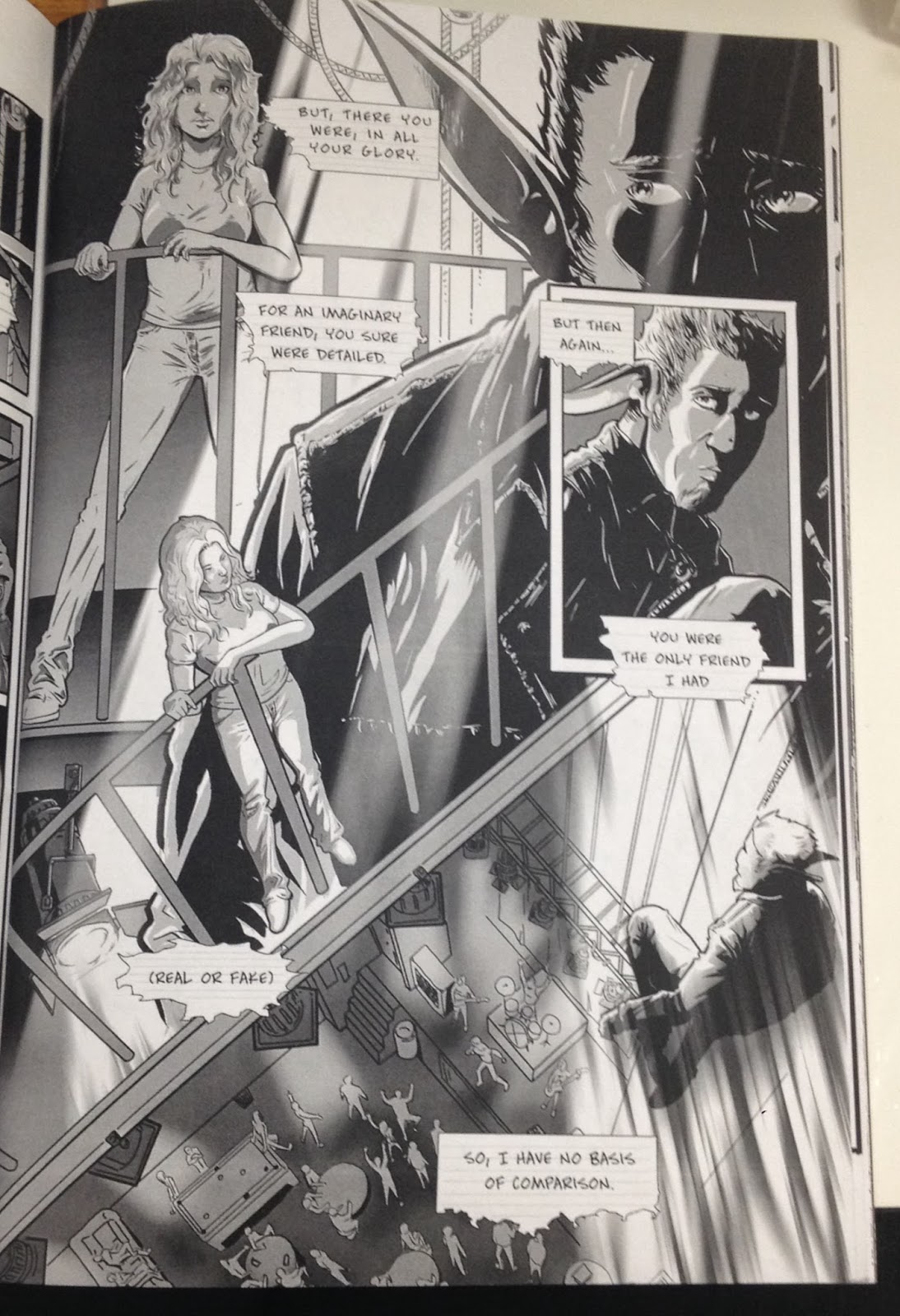 D.J.'s story works and like a good song hit's the right notes to get you in a groove as you read it. I enjoyed What I.F. and encourage you to check it out if you're interested in a break from the regular comics tropes of capes, big muscles, and violence and wants something simpler and more heartfelt.