By Vundablog January 08, 2012
By Stephen Escudero 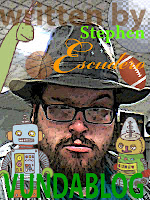 COMING SOON will be my news roundup on films in pre-production I am interested in. I will try to link as much as possible to my sources and the names and faces I am speaking of.
According to Slashfilm.com Disney is in the process of developing a film based on the popular Disneyland ride The Matterhorn. The film just landed director Brian Beletic. I remember on the show Entourage, in either the third or second season, Vinny Chase was in talks to star in a movie called Matterhorn that was set in a theme park if i'm not mistaken. Here's hoping Vinny Chase is still involved, however with out Ari Gold still representing him things could be murky. Mark Wahlberg Entourage producer is working on two sequels to the award winning boxing film 'the Fighter'  the planned sequels would explore other major fights in Ward's career. Poor Christian Bale is going to have to lose weight again that can't be too great for his body or can it?

Wahlberg also talks to Collider about a Micheal Bay film he and the Rock might be in called 'Pain and Gain' about two body builders involved in a Fargo-like kidnapping gone wrong. Wahlberg also says 'Entourage' Creator Doug Ellin is working on the script to an Entourage sequel. Jerry Ferrara who played Turtle on the show also had some interesting thoughts on the sequel and what it could prove about the Entourage fan base.

In other Disney movie news, the Sleeping Beauty reimagining 'Maleficent' has found a new director.  Also, Angelina Jolie is still set to star in what appears to be pitch perfect casting. In case you haven't heard Disney also has Jon Favreau working on a Magic Kingdom movie that I am uber excited about. If he injects even half the whimsy he did in 'Zathura' in Magic Kingdom the film will be something to remember. Tim Burton who was previously helming Maleficent for Disney has Frankenweenie in the works with the studio which I am extremely excited for, along with the millions of people who shop at Hot Topic.

James Franco might star in a film adaptation of  Neil Strauss's The Game. I loved the VH1 reality show based on the book, starring Mystery. Franco is set to play Mystery which could prove hilarious. I'm excited and I hope it's rated R because I'd love to see how Mystery's nerdy ass manages to bang all these women, absolutely hotter than him.


It seems Kickass 2 is still in the works however it appears director Mathew Vaughn who gave us the entertaining X-Men First Class, will not return in the directing chair. They are still working on the script however based on the follow-up comic. I followed and loved the original film and comic I haven't read the sequel yet but will a soon as its available on my Nook.
coming soon disney film news movies