The Huffington Post and other writers covering Derrick's Arrest

Derrick is home safe and sleeping after a long night and day under arrest without food and water. He celebrated his freedoms with lots of hugs and a delicious breakfast with his family, he is currently enjoying some well deserved sleep and was unable to attend his classes today although he has emailed his proffesors as far as I know.

On a personal note, Once a year on campus Radical Christians come down and tell us the students that we are all going to hell and that we are "heathens", "whores", and "faggots". This is one of the nicer Christian's who I found footage of.

Since at least 1995 Christian's have been doing this for at least one day of the year on campus.How is it my peaceful unitarian universalist friend is more of a disruption to education than people saying mean spirited hateful things that are not aimed at large faceless corporations but kids in their teens and twenties.


I am attempting to compile all the youtube videos on one page so that we can understand how everyhting transpired and so forth also some links to reactions around the media. 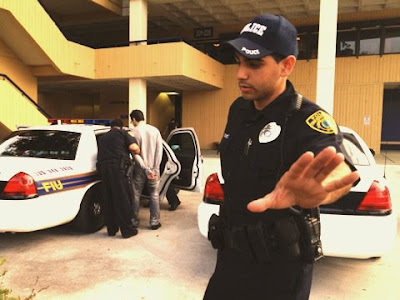 I find the nbc-miami article about this to be incendiary merely for the fact that although there are a plethora of videos and photographs from the event they use a photo from some tented occupy maimi site that looks like a mess.This is the type of coverage and treatment that makes people think that big companies aren't expressing their side of the story fairly or impartially or even thoroughly. 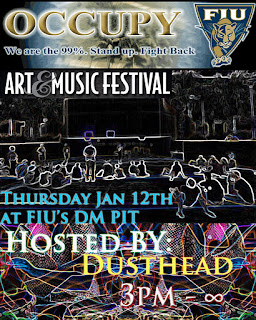 This is one of the original flyers for the event.

"I'm not ashamed to say it: I have a dream. A dream of an America where subchapter S and limited liability corporations will be able to join hands as sisters and brothers; an America where companies are judged not by the content of their characters but by the amount in their balance sheets. (Wait, never mind, we have that now.)
And so let tax breaks ring from the mighty mountains of Monsanto to the bucolic rolling hills of Halliburton! Let tax breaks ring from the infinite bowels of Walmart to the vast oily oceans of British Petroleum!" - David Misch


Another write up on the site Miami Beach 411 and i am attempting to post all the youtube videos here so that the people can watch them all in one place and be able to decide for themselves who is in the right and wrong.