By Vundablog August 08, 2008
Decide to make moment of weakness it's own thing so from now on expect it on fridays.
This week is all about a possible Goonies 2 and Lost Boys 3. Still haven't seen Lost Boys 2 so I'm on the fence till I see it. However, Goonies 2 is what i want almost as much as Ghostbusters 3. This photo should give hope everyone still appears to be pretty good looking for the camera. 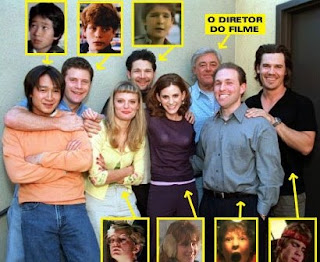 I would like to see hollywood really reat this sequel like Indiana Jones and accept the passage of time. The modern day goonies should be just as fun and edgy as the original. A hard pg-13. The Goonies is one of the best films of the 80's mixing fantasy and the feeling of really being a young teen.
Any fellow Goonies fans out there?
Or as a Goonie would say "Hey you guys!"
moment of weakness

Anonymous said…
The character "Sloth" is actually the one known for the catchphrase "Hey you guys". The term Goonies is taken from the area of town that the main characters live in: The Goon Docks. You fucking retard.
August 10, 2008 at 4:04 PM

Stephen said…
i know sloth is known for it but Chunk repeats it right after him and yes i am aware of the origin of the term Goonies. I like the movie.

Viagra Online Without Prescription said…
This film really revolved the basic structure of the films in those epochs. I would to watch another movie film with the quality of that one, even though I know that will be really difficult.
Viagra Cheap Viagra
August 30, 2010 at 5:56 PM