I love these video mash-ups. This week we are mashing up the new Zack Snyder Superman film, and the Superman the Animated Series by Timm and his team. This mashup pulls some great moments form the animated series and makes me wish that this new film had a shot of Superboy jumping across the moon in silhouette.

I used to watch the Superman animated series religuiously, and introduced to some of my favorite DC characters like Lobo, Bibbo, Parasite, Aquaman, and the Flash. I love Micheal Shannon's Zod voice and hope he gets lots of screen time. The mashup shows off how cool and effective the score in this trailer is.


Click on after the jump to see the new Man of Steel Trailer with me.

Snyder's Superman costume is heavily detailed and looks heavily textured in a way that reminds me of the Marc Webb Amazing Spiderman film. The look of the film based on the trailer feels very much like Star Trek due to the lighting flares early on in the trailer.

This is the amazing new Man of Steel trailer which has Superman punching to differentiate it from Singers Superman Returns. It's also filled with imagery Snyder has played with before people falling out of buildings, and capes flowing in the wind. 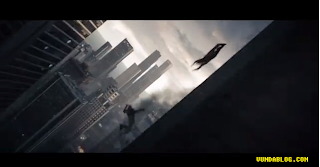 I look forward to Zack's song choices as that's always a highlight in all of his films. Snyder's excellent fight choreography and action chops have worked perfectly in his previous films. The performances he has goaded out of actors have sometimes not worked but the bits of  the work by Russel Crowe and Kevin Costner in voice over in the trailer is powerful. When I hear Kevin Costner telling Superboy that he is their son, my eyes well up.

I'm also looking very much to see Zod in action. Every shot of Micheal Shannon oozes the utmost intensity. 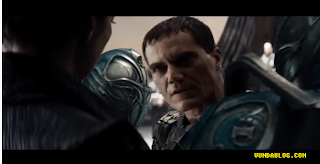 What a great trailer and you can watch it now.