By Vundablog May 26, 2008
Final Crisis is here!!! And due to memorial day doesn't come out till Thursday. 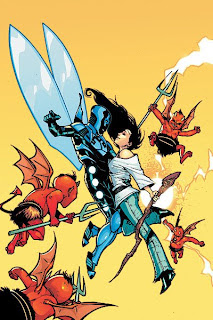 #3 GREEN LANTERN #31 - Everyone should be reading this.
#4 NEW AVENGERS #41 - I like what happened last week in Mighty Avengers talking about the Sentry. Hopefully we'll see some New Avengers and not just more stupid skrulls.
#5 TEEN TITANS #59 - This arch isn't bad but it feels like it's moving so slowly.
#6 SHADOWPACT #25 - Usually Shadowpact covers suck. This one however is the best the book has ever produced. Why is Blue Devil there? He lost his powers? I think I'm the only blogger that reads this book. 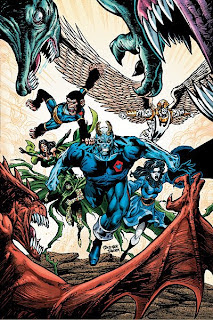 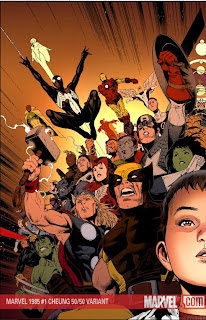 #10 HUNTRESS YEAR ONE #2(OF 6) - The first issue totally knocked me on my ass how good it was. I like the religious angle hopefully they can keep it up.
#11 WOLVERINE FIRST CLASS #3 - This book is solid.
#12 STAR TREK YEAR FOUR ENTERPRISE EXPERIMENT #2 - When will I have trek on Tv again?
#13 MS. MARVEL #27 - I like this tie-in but Ms. Marvel as a character seems so totally bland.
#14 SECRET HISTORY THE AUTHORITY JACK HAWKSMOOR #3(OF6) - This is okay but i forgot what happened last issue.
#15 ACTION COMICS #865 - Toyman + battle royale = I'm there.
#16 X-MEN LEGACY #212 - Why is this book called legacy?
#17 JSA CLASSIFIED #38 - I don't want to read another Wildcat story. Can i get a Cyclone story, or lightning, or any of the 20 other JSAers stories.
MOMENT OF WEAKNESS
I have begat another blogger go on and say hi to him. Over at comicbookish
moment of weakness the read pile

Alex said…
Thanks for the introduction. Can't wait for the Crisis. Check me out later this week, I have a post in the works in anticipation.
May 26, 2008 at 10:21 PM